How Smart are Smart Grids? 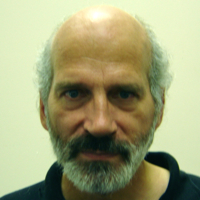 It is a Smart Move for large centralized fossil fuel utilities such as HECO to advocate for Smart Grids?


It will make them and their stockholders very rich.

Is it wise to allow the utility to develop and implement Smart Grid Technology when it puts all of the marbles in the hands of those who have corrupted the state definitions of renewable energy and those who insist that we need “clean energy” while refusing to define that term in either the “Hawaii Clean Energy Initiate” or Hawaii Revised Statutes (HRS)?
For labor unions, will the Smart Grid create the most and best jobs?
For regulators, will Smart Grid models be the easiest to regulate?
For environmentalists, will Smart Grids do the most to reduce environmental and climate impacts?
For local communities, will Smart Grids protect the Hawaiian way of life?
If the utilities have their way, we will never know. The alternatives will never see the light of day.
In the Beginning
It all start so long ago.
In the beginning there was the Big Bang. Artificial light was generated from man-made electricity. Then came the electric grid.
In the early 1880s electric generation stations sprang up across the United States. Thomas Edison built the Pearl Street electric generation station in New York City which produced less than 1 MW of power and provided power for just a few city blocks.
In the late 1880s Iolani Palace was lit, and then the Nuuanu hydroelectric system went on-line providing electricity for a few Honolulu homes and street lamps.
Today these systems would be known as Distributed Generation since the generators (supply) were located near the load (demand). Today that grid would be known as a micro-grid since it served a very localized area. The combined generators and delivery system would today be called micro-grid architecture.
“Micro-grids were the dominant form of electric power system during the first two decades of the twentieth century. In fact, as late as 1918 about half of the customers in the country (in most towns and small cities) were still receiving their power from small-scale isolated power systems with generation plants sized well under 10 MW in capacity. ...
Many early micro-grids were not particularly reliable because only one power plant supplied all of the energy. If that plant failed, then the whole system was down. Furthermore, many of the early power systems were devoted to lighting loads and only generated power at certain times of the day, such as the evening hours, because it was not economical to operate generators during periods of low usage. The cost of energy was often more than $1 per kWh when adjusted for inflation to current dollars (2001).”
For a variety of reasons there was a general move towards centralization in the early 20th century. 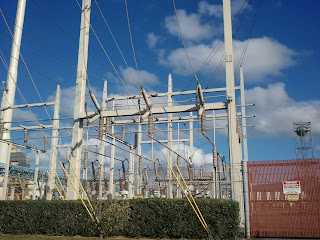 Municipally Owned Utilities (MOUs) offered far cheaper rates than Independently Owned Utilities (IOUs). Government commissions were created to protect private companies from the threat of the municipals. Between 1907 to 1921 all but one state in the U.S. established commissions to oversee the utilities. These commissions had different names in different states such as Public Utilities Commission and Public Service Commission.
In Hawaii, the Hawaii Public Utilities Commission (PUC) was established in 1913 when Honolulu Gas Company sought to compete against HECO. HECO agreed to be regulated by the PUC in exchange for being a regulated monopoly. The original owners sold the company, and between 1913-46 HECO was owned by the interlocking Cooke and Atherton families.
In the early twentieth century large power plants were far more economical than smaller plants, they were more reliable, there were less populated areas so that long transmission lines could be strung up, and government regulators favored centralization.
During the Great Depression the federal government built large public work projects including the Hoover Dam, the Grand Coulee Dam, and the Tennessee Valley Authority (TVA) to generate electricity.
Congress decided to bring electricity to rural America by stringing 1000s of miles of transmission and distribution lines in rural areas. Before they could act, private utilities raced in and cherry picked urbanized rural centers, vastly increasing the cost to federal taxpayers to create the infrastructure needed for the truly rural and isolated areas.
Many of these rural areas are now serviced by electric cooperatives. Most electric cooperatives own only distribution lines, while groups of these distribution cooperatives created generation cooperatives to sell them power. Kauai Island Utility Cooperative (KIUC) would become the first electric cooperative in the nation to own both generation and distribution.
HECO gobbled up MECO, HELCO and Moloka`i  Electric Company taking control of 97% of the electricity generated in Hawai`i. From 1958-64 HECO built the Kahe Power Plant and installed the initial 138,000 kV High Voltage Transmission Grid.
Tensions since the 1960s led to new ideas and new ways of thinking.
The 1965 New York City blackout led the military and their university affiliates to explore ways to strengthen the grid. This approach has since come to be known as the Smart Grid:
“The best minds in electricity [research and development] have a plan: Every node in the power network of the future will be awake, responsive, adaptive, price-smart, eco-sensitive, real-time, flexible, humming—and interconnected with everything else.”  Wired Magazine (July 2001)
The Arab Oil Embargoes in the early and late 1970s led to federal laws (notably PURPA in 1978) requiring utilities to buy power from Independent Power Producers (IPPs) who would create electricity from distributed renewable energy sources and from cogeneration (heat and electricity).
In 1982 the Pentagon released “Brittle Power: Energy Strategy for National Security” by Amory and Hunter Lovins. The report was re-released in 2001 following the September 11 attacks. Amory and Hunter Lovins argued that the existing centralized generation and transmission system is very vulnerable to disruption, whether by Acts of God or terrorism.
In 2003 the Pentagon released “An Abrupt Climate Change Scenario and Its Implications for United States National Security” by Peter Schwartz and Doug Randall.   The report noted that abrupt climate change based on an actual event that occurred several thousand years ago, might re-occur. It could trigger a greater impact than all wars combined.
Some companies (such as credit card processing facilities) require a level of reliability than cannot be guaranteed by the electric grid so they have installed on-site generation.
Research and innovation has led to a plethora of cheaper and more efficient renewable energy resources including wind, solar, geothermal, OTEC, and ocean wave energy conversion. The price of renewables and energy efficiency devices are trending sharply downward. New types of batteries (lithium, flow, zirconium, flywheels) are being developed and tested.  New technology is coming on line (fuel cells, micro-turbines, Bloom Boxes).
The federal and state governments offer tax credits for distributed systems located at businesses and residences.
Following the Fukushima nuclear disaster, Japan is seriously taking up the issue of creating Vehicle-To-Grid (V2G) Technology whereby Battery Electric Vehicles (BEVs) and Plug-In Hybrid Electric Vehicles (PHEVs) can store excess night-time wind energy and power homes during the day.
Companies are offering small devices which can be installed between a plug and a wall outlet and that measure the flow to each device when the device is on. These devices can also measure phantom power (the energy used by a device when it is off).
The terror attacks in 2001 and the rolling blackouts which occurred in California in the same year has led to renewed interest in distributed generation and micro-grids.
The military in Hawai`i is proposing having military micro-grids which can stay on in the event that HECO has a system wide blackout.
There are now competing interests that seek alternative futures: (1) to strengthen Distributed Generation and Micro-Grids; (2) to build Smart Grids; and (3) to build international grids such as the African-European venture proposed by the Trans-Mediterranean Renewable Energy Cooperation (TREC).
Which approach makes more sense for Hawai`i with its six isolated grids? Should we develop micro-grids, island-wide grids or a state-wide grid?
Clearly the utility will maximize its operations by building costly transmission lines and computerizing every meter, every line, every everything. 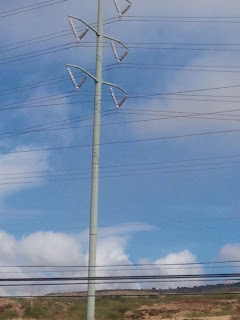 In terms of job creation, low electric rates, cultural values, and environmental impacts it is not clear which approach is best.
Should we embrace the one that will make our utility the richest, or should we investigate the alternatives before investing billions of dollars?
Another way of looking at it is by examining the definitions in the Hawai`i Revised Statutes.
Chopping down tropical rainforests to grow palm oil is considered a renewable energy under state law but the EPA has just proposed that it not be counted as a Renewable Fuel because it fails the greenhouse gas emission requirements. 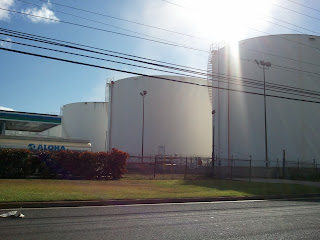 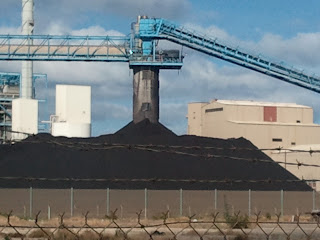 If you mine trace minerals, clean them up by pouring acid of them, leave the toxic lake in some other country and use the trace material to make a magnet for your wind turbine, the wind energy is renewable, under state law.
Under state law an island can use only fossil fuel and yet be more than 100% renewable.
If you care about the environment, then focusing on distributed generation enables you to do things sustainably.
Forging ahead with the Smart Grid puts all the marbles in the hands of the entity which has corrupted the current state definition of renewable energy.
For additional information:
Investigation of the Technical and Economic Feasibility of Micro-Grid- Based Power Systems (December 2001) EPRI Project Manager D. Herman
The Energy Web (Wired, July 2001) by Steve Silberman
"Toward A Smart Grid" by S. Massoud Amin and Bruce F. Wollenberg. September/October issue of IEEE P&E Magazine (Vol. 3, No.5, pgs 34–41). T1998.
Wikipedia: Smart Grid
# # #