Electric Rates are Headed up, up, and further up

Three dozen legislators have introduced 100 energy bills for this January-May 2012 legislative session. The Governor is still pushing Big Wind and the inter-island cable. The Legislature will debate giving the PUC “clear regulatory oversight of the State's [electric] grids” and “the implementation of formal electric reliability standards to govern all segments of the electric power system.” The Public Utilities Commission has created a Reliability Standards Working Group consisting of two dozen energy stakeholders which has split into two major factions. All in all, 2012 could be the transitional year in the fight to wean ourselves off our addiction to fossil fuel. We need to make sure that we agree on the destination or all might be lost. 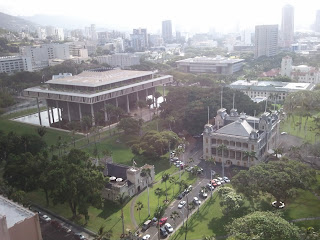 Statewide the rates paid by ratepayers on each island may be levelized. Moloka`i and O`ahu ratepayers may wind up paying the same rate. However, these rates will be higher that what is paid today.
They are going up. What can be done about it?
The rates will be determined by the energy decisions we make, or the energy decisions we leave to others to make in our name.
This year the Legislature will wrestle with the high and rising cost of electricity; the past controversy over geothermal; the current controversy regarding inter-island high-voltage transmission lines & who is charged with maintaining grid reliability; and the future fight over smart grids which will cost everyone a lot of money and then even more money.
This year Hawai`i Senators and Representatives have introduced about 100 bills which focus on energy policy. The Governor submits identical bills to the House Speaker and the Senate President. I counted each Governor pair as one bill. I searched titles and bill descriptions for keywords rather than searching the entire content of the proposed bills. The keywords I used were electricity, energy, utility, utilities, climate, geothermal, biofuel, and ethanol. There are 100 bills that have been submitted!
Analyzing only the lead authors for each bill I found that about 17 Senators and 21 Representatives have drafted energy bills.


Hermina “Mina” Morita was elected to the State House in 1996. She wanted to Chair the Water and Land Committee but wound up as Chair of the Energy & Environmental Protection Committee. For over a decade Mina made energy policy and other members of the Legislature deferred to her. Last March Mina was appointed by Governor Neil Abercrombie to chair the 3-member Public Utilities Commission.
That left an energy policy void in the Legislature. While many legislators began increasing their energy advocacy, three key legislators stepped forward with competing agendas.
Representative Denny Coffman chairs the House Energy & Environmental Protection Committee and has introduced about 15 energy bills. He favors requiring the utility to become a transmission company, selling off its generators, and thus becoming truly agnostic about which generators to deploy. Denny favors focusing on the big slice of renewable energy, that is, emphasizing baseload geothermal as opposed to intermittent wind and solar.
Senator Mike Gabbard, Chair of the Senate Energy and Environment Committee, has introduced about 10 energy bills. He supports the inter-island cable, and greater transparency.
Senator Roselyn Baker, Chair of the Senate Commerce and Consumer Protection Committee, has introduced about 5 energy bills. She favors re-organizing and expanding the PUC and the Consumer Advocate’s office.
Three other legislators have each introduced about 5 energy bills. Senator Solomon is focusing on geothermal. Representative Souki is focusing on repealing ethanol in gasoline blending requirements. Representative Thielen is focusing on solar and climate change.
The Governor has a wide ranging agenda including believing that Big Wind (several hundred wind towers on Lana`i and Moloka`i, each of them 400-500 foot tall) and an inter-island undersea high voltage transmissine line are necessary to achieve state energy goals. 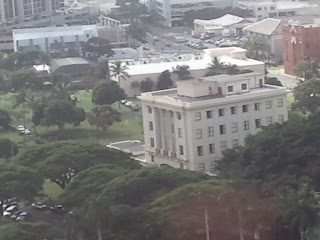 Should have been a Commercial PACE in there.