The Lt. Governor’s shiny new airport shuttle service looks like less than the good deal he says it is.

Honolulu has been way behind the curve on airport transportation. So you’d think the addition of a new and “official” shuttle service would be very welcome to residents not traveling on expense accounts.

"So, for all of you citizens and residents who have been trying to get a ride to and from the airport, don't want to pay that cab fee, don't want to bother your family members to get picked up at odd hours," said Lt. Governor Brian Schatz.

First question, why do we need an “official” airport shuttle? But that’s not the important question. Travel from the middle of the Pacific Ocean is expensive enough, so residents will want to know just what this new “official” Schatz-endorsed service will save them.

"We finally have affordable, fast shuttle service for everyone. … Lots of people I know will be using this service."

It seems that the new shuttle service will be competitive for one or two passengers travelling between Waikiki and the airport. The one-way fare is $14.55 per person (according to the S-A story) or $28.15 roundtrip (from the KHON article). Even including tips, for a single passenger the shuttle is cheaper and for a couple it’s a bit less than the cheapest approximate cab fare of $25-30 if you are lucky to get a City Taxi ride, or $32-35, the fare given by the Star-Advertiser, for most other taxis. So yes, if you live in Waikiki, depending on how many people are travelling to the airport, it can be cheaper.

But you will wait, as with any shuttle service. According to the S-A story:

SpeediShuttle employees will greet arriving passengers in the airport baggage claim areas, issue them a shuttle boarding pass and get them aboard a van within five minutes after they collect their luggage, Morton said.

The shuttle web page says the shuttle will depart within 20 minutes of check-in with the attendant, though. So maybe they’ll be aboard, but the thing isn’t yet moving. That’s a reasonable tradeoff, though, the same as at any other airport.

I recall that at Newark Airport I had to go to a special shuttle counter. The shuttle service was not allowed to run around the baggage area soliciting. At many airports you have to pick up a special phone to get picked up.This puts shuttles more on par with taxis, which are not allowed to solicit. This may indeed be an unfair advantage, we’ll have to see how it plays out.

A travel-industry professional could probably put Honolulu in proper perspective. My experience is primarily New York and other east coast destinations, so I tried a quick comparison with what I know.

The cost of the shuttle ride to Waikiki is not out of bounds. A bus-type shuttle to major hotels in New York City runs $12-15 for La Guardia or JFK airports, respectively. 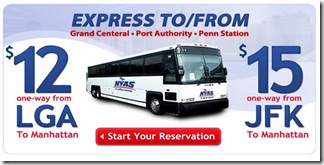 For a van-type shuttle, here’s one for $19 per person. If you’re moving a large family or a soccer team, you can get the whole van more cheaply: 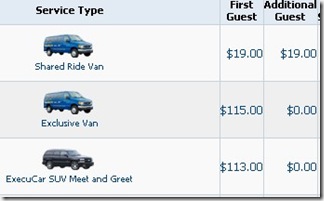 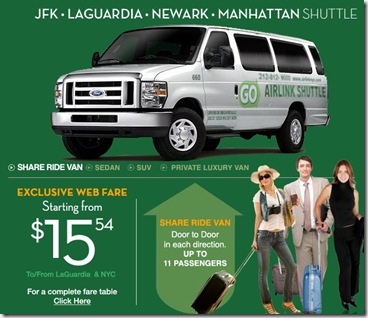 Ok, back to Waikiki. The new “official” shuttle will be competitive with current taxi fares and may hurt the taxi companies. That’s the nature of competition.

But for us residents… I can get a City Taxi from town to the airport for about $18. From downtown it would be about $21. My wife and I can both ride for that fare. The taxi will not make intermediate stops along the way, so I don’t have to leave as early as I would if I were using a shuttle.

A family with one or two kids really cleans up by taking the taxi. I’m not sure about luggage charges—the shuttle website has a list of what costs what.

From Kahala, City Taxi said the fare would be about $33. From the Kahala Hotel and Resort, the Shuttle website lists the fare as $34.71 per person. So again, if you are travelling alone, it’s about the same. No real advantage, and the taxi goes direct. For a couple, you’re paying about double the cab fare.

Next, how about Ko`olina? For someone who live near there, the shuttle website gives the fare as $84.25 per person. City Taxi quoted about $56 one-way. So for points West, if this estimate is accurate, you’re better off doing business with your local cab driver even for a single passenger. The shuttle service saves nothing for a couple or family travelling together. Add it up yourself. Schatz should have.

If Schatz really cared about residents, he might urge the city to put some luggage space on the No. 19 or 20 buses that go right to the airport [and while I’m on the subject of public transportation, have you noticed that the proposed “airport” rail station isn’t near the airport at all?].

How does this compare with other cities? Again, a travel industry professional would have a better grasp on this than I do. I’ve used shuttles from airports near DC to the Washington suburbs, and to pay for a taxi for those distances would be outrageous. But I have also taken the train, and it was a pleasure as well as absurdly cheap.

I’m a busy traveller. Back to New York. Is it fair to compare NYC to Hawaii? Yes, New York is a major tourist destination. According to the New York Daily News, tourism is booming, with 4,500 new hotel rooms added just this year.

At the bottom rung of expense in New York, there is public transportation. From JFK into Manhattan, it is actually the fastest way to go. Regardless of traffic, the Long Island Railroad will get you to midtown in about 30 minutes or so, plus connection time. I wouldn’t recommend public transit, though it can indeed be done, and for $2.25.

So just stick with those $12 or $15 shuttles, it’s worth the difference, assuming you have time for traffic delays and multiple stops along the way. According to Fodors, a taxi from JFK is a flat $45 plus tolls, which are about $6 and set to increase.

From La Guardia one can catch the M-60 public bus and pay only $2.25. A good transfer is from 100th and Broadway to wherever you want to go by subway. Yes, the M-60 bus takes luggage. Depending on time of day and where you are going, the subway can be comfortable with a small amount of luggage.

Honolulu’s buses do not take luggage, unless you squeak through with something small enough not to bother the driver, and only when the bus isn’t crowded.

So bottom line, the “official” shuttle is no big deal for most of us at the current fares. The new service will primarily compete with taxis for the Waikiki run. Other cities may have it better than we do or not, but in any case, this new service is no boon for Oahu residents.

Just in time for APEC, its probably because of the 'new shiny' vehicles.....that pols are endorsing them. Reminds me of the bloody coconut trees added at the last minute down Nimitz/Ala Moana Blvd for how many million? OR Its a Lady Bird Johnson/Jeremy Harris thing on beautification at various levels, and some cab company owners have been quite vociferous against The Rail - this could be seen as a push back...too.


This is a "State shuttle"? I have used Oahu Airport Shuttle. this seems most inappropriate on the part of the Lt. Gov.


This is a VERY odd idea.

I am not opposed to government intervention in the economy when there is a problem and they have a solution which can benefit citizens/consumers/workers. What "problem" was this designed to solve?

We have public busses going to the airport all the time. OK, they limit the amount of baggage you can bring onboard. There are private taxi cabs.Do they charge "too much"? If so, that could be handled either with a bit of regulation or, better, with increased competition. There are private shuttle services.

The one BIG public project which could have an impact on this is the Train, but the power elite which runs this island decided to bypass the AIrport.

This APEC cr@p is distorting the thinking--including the ECONOMIC thinking of our "leaders." They are falling over themselves to present a false image of Hawaii to this outside VIPs: the Nimitz beautification, armed eviction of the homeless, suppression of the right to free assembly (after all, it's only the First Amendment--No Big Deal).

By what authority If there is a need for such a shuttle and the ability to provide the service economically, why should this not be handled by the private sector? Why should politicians inject themselves into this? What gives them the right?And what gives them the legal authority to launch such a project without prior scrutiny and review by other bodies and the public?

If Brian Schatz thinks he is clever at providing economical solutions to real problems, maybe he should leave government office and enter the private sector. The REAL private sector, not the crony capitalist sector which depends upon government connections for contracts or tax subsidies. We can use another Steve Jobs about now, if Brian is up to it.

You are unfair to us taxi driver, mr. Got-big money from shuttle to indorse them! You owe us an apology by favoring one business to another. We have family too. Lucky I didn't vote for you and I never forever will!


I would like to thank the Lt.Govenor for this situation. Because the airport is totally mismanaged, my taxi company is able to get more business. With the onset of the internet and more savvy travelers they can search for cheaper and better transportation alternatives.Shuttles are usually cheaper and better, however, Honolulu seems to be an exception to the rule. They are banking on the fact that people don't know what the cab fare is to Waikiki. I have been informed by customers, when they are solicited in the baggage area that a cab ride could cost almost $100.00 to Waikiki. This is definately an unfair advantage for the taxis that park at the airport. What people do not know is that Speedi-shuttle pays the state about 1 million dollars a year for the exclusive contract. You would think the state would talk to people in the know as to what would be the best transportation alternatives for Oahu.