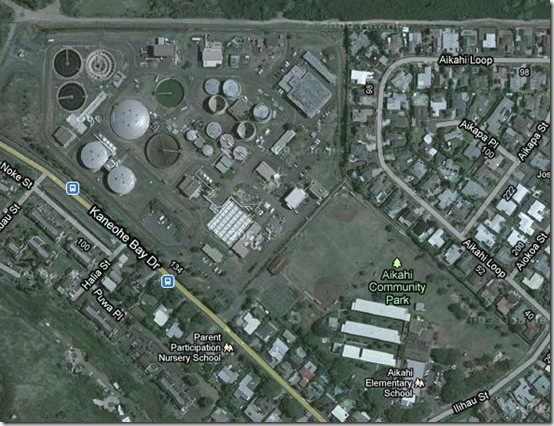 I don’t know if having a sewage treatment plant nearby is a problem for the school, but the newspaper reports that they soon will have 5,000 gallon trucks hauling untreated sewage over the Pali into that plant. This is a terrible idea, for a number of reasons, and is symptomatic of the city’s deteriorating ability to deal with its infrastructure problems.

In its wisdom, the City Council deleted funds badly needed to expand the Sand Island wastewater treatment facility. Moving the sludge out of Sand Island will be expensive in its own right, and it's no surprise that residents of neighborhoods where the 5,000 gallon trucks will be making deliveries think that the idea stinks.

Trucking vile liquids over long distances into residential neighborhoods over badly maintained roads sounds like something that people should resist.

They are. Their elected state representative, Rep. Cynthia Thielen, has written a couple of letters which I asked permission to reproduce here. I think they are excellent examples of advocacy and could serve as models for those opposing this action or others. They can be linked to or downloaded if you want to join Rep. Thielen in her campaign to protect the children and residents of Kailua from being a dumping ground for the rest of Honolulu’s sewage.

The two letters are excellent examples of advocacy by a popular state representative who cares deeply about the community where she lives.

Download Letter From Rep Thielen to Dept of Environmental Services