Mufi denied senior bus riders seating, will Peter Carlisle give it back?

I’m not as young as I used to be, but I still stand and give my seat to older folks or to those who need to sit down. This morning, while waiting for a bus, I did just that. I had been sitting in the shelter on one of the concrete toadstools that the Mufi administration installed to “solve” part of his problem with homeless people.

I offered my seat to an older woman with a cane, but she couldn’t sit there. She said that she was just too wide to sit on such a tiny concrete stool. She said it had hurt badly when she tried it. She waits for a bus most every day. Yes, now she has to stand, and it could be for a while. 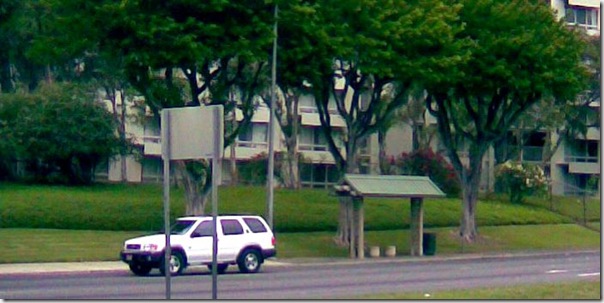 Even I found sitting on the bulging concrete blob uncomfortable. It was designed that way to be absolutely sure that no one would sleep on it overnight.

So today, neither of us sat down. The older woman couldn’t, and I’ll have to admit that I didn’t want my neighbors to see me sitting while she stood nearby (a student with a heavy backpack sat on the other toadstool).

I wasn’t raised to sit while my elders stand. I’m sorry, that’s the way I am. So we both stood.

This brought home to me the realization of exactly how Mufi has harmed the people of Honolulu by removing the benches and installing these uncomfortable concrete monstrosities. He didn’t care to work on solving the problem of homelessness in the city—in fact, he famously had several of their leading advocates arrested for a legal protest on the City Hall lawn.

He also didn’t care about taking away seating from bus passengers, some of whom depend on it because they cannot stand for long periods of time. For the rest of us, he robbed us of the chance to sit comfortably in shelter from the sun or rain while waiting. And he raised the bus fare, too.

And those toadstools are profoundly ugly. Especially as they collect graffiti, which can’t be easily cleaned off the rough concrete.

I’ll send this to our new Mayor and see if he is inclined to pull these toadstools out and get us our benches back. Why don’t you call, fax or write and do the same.