Taking photos in public places is legal, even if the police don’t think so 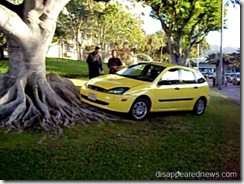 Earlier this year I wrote about a really minor incident that involved a car running up on the sidewalk and hitting a tree. Hardly worth mentioning and not newsworthy. Until a cop came over and stopped me from taking pictures of the event. See: Intrepid blogger prevented by HPD from shooting photos (1/8/2010).

One year earlier, Damon Tucker, blogging from the Big Island, reported police intervention when he was taking pictures of a post office that presented accessibility issues.

These days, cameras or cell phones with cameras are ubiquitous. So when can you be prevented legally from using them?

It appears that the police overreach in forbidding picture-taking. For one thing, many don’t want their actions, for example when they are arresting someone, or when they are beating someone, to be recorded. Whether they like it or not, it appears that in a public space (as opposed to private spaces such as shopping malls) they have no case. Of course, acting illegally is nothing new for police. They confiscate cameras or coerce people into erasing photos all the time.

The ACLU even had to remind Louisiana sheriffs that photographing the oil spill from public beaches is allowed.

Here’s an informative article:  Taking Photos In Public Places Is Not A Crime: Analysis-Too many officials think taking photos is a crime. Here’s why they’re wrong.   (Popular Mechanics, 7/20/2010).

That article may not be the last word on the subject, though. I do recall some restrictions on photographing public buildings, but the article denies that. So a little more research may be called for.

I still feel a bit intimidated by taking pictures. I also think had it not been Christmas eve.... and me not so worried about spending the night in the slammer... that I may have protested the officers actions a bit more, instead of deleting the images of her I had taken.


I had thought about challenging the cop also. But it wasn't so important to me to have the photos. The first thing in my head was "You can't do that! I know my rights!