Repost 2020: History that should not—and will not—disappear: July 4, 1894, illegal overthrow of Hawaii completed

“President Cleveland further concluded that a "substantial wrong has thus been done which a due regard for our national character as well as the rights of the injured people requires we should endeavor to repair" and called for the restoration of the Hawaiian monarchy.”
by Larry Geller 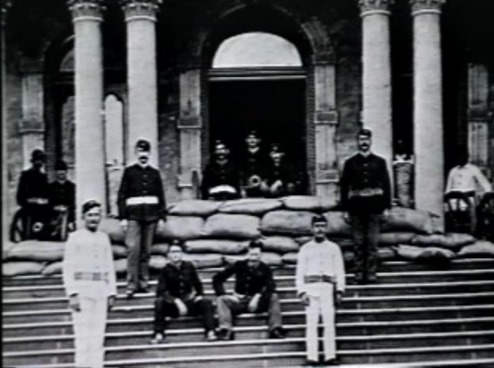 
On July 4, 1894, the Republic of Hawaii was declared, with Sanford B. Dole as president. The illegal overthrow of the independent nation of Hawaii was complete.
Yes, although your daily paper may want you to forget this, it is history that should not be ignored. There’s even a federal law confirming the truth of the history they refuse to print.
From the Apology Resolution, United States Public Law 103-150:


Whereas, in a message to Congress on December 18, 1893, President Grover Cleveland reported fully and accurately on the illegal acts of the conspirators, described such acts as an "act of war, committed with the participation of a diplomatic representative of the United States and without authority of Congress", and acknowledged that by such acts the government of a peaceful and friendly people was overthrown... President Cleveland further concluded that a "substantial wrong has thus been done which a due regard for our national character as well as the rights of the injured people requires we should endeavor to repair" and called for the restoration of the Hawaiian monarchy.
Whereas, the indigenous Hawaiian people never directly relinquished their claims to their inherent sovereignty as a people or over their national lands to the United States, either through their monarchy or through a plebiscite or referendum.


On July 4, 1894, the archipelago's new leaders responded to this rebuff by proclaiming a Republic of Hawaii, with Sanford Dole as president. Under its constitution, most legislators would be appointed rather than elected, and only men with savings and property would be eligible for public office. This all but excluded native Hawaiians from the government of their land… [From Overthrow, a book by Stephen Kinzer]


As Stephen Kinzer tells the story in Overthrow, America's century of regime changing began not in Iraq but Hawaii. Hawaii? Indeed. Kinzer explains that Hawaii's white haole minority -- in cahoots with the U.S. Navy, the White House and Washington's local representative -- conspired to remove Queen Liliuokalani from her throne in 1893 as a step toward annexing the islands. The haole plantation owners believed that by removing the queen (who planned to expand the rights of Hawaii's native majority) and making Hawaii part of the United States, they could get in on a lucrative but protected mainland sugar market. Ever wonder why free trade has such a bad name? 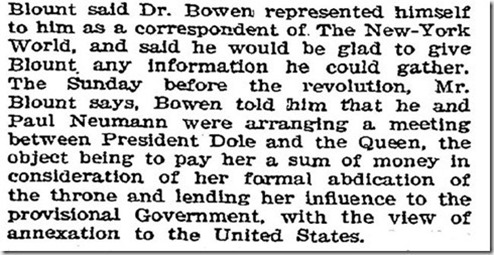 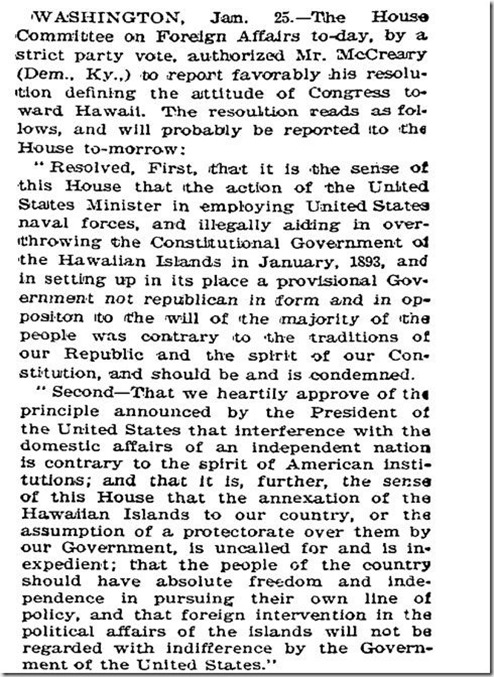 Each article is much longer than the snips above. It would be worthwhile to skim the New York Times for a complete account of the Congressional debate. No doubt this has already been done. If not, the articles are available on-line for the harvesting..
If you’re not familiar with Hawaiian history, beware of websites that work hard to re-write it. The true picture of the overthrow is not pretty, nor can the acts of the US government be justified or whitewashed. Google cautiously.
Let your children know that there is more to July 4 than barbeques and fireworks. It is a holiday that tears people apart here in Hawaii. See how you can work this history into your celebrations and festivities, so that it will never disappear.