Kathryn Xian, Executive Director of the Pacific Alliance to Stop Slavery (PASS), called to Washington to testify on fishing abuses 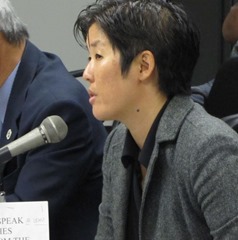 Kathryn Xian, Executive Director of the Pacific Alliance to Stop Slavery (PASS), has been called to testify before a Congressional committee to report on human trafficking and other abuses in Hawaii’s long line fishing fleet.
__________
Update: see the announcement here (Executive Session - Fishing for Justice: Slavery and Human Rights Abuses at Sea.
__________

The session of the House Committee on Natural Resources will be live-streamed from https://www.facebook.com/NRDems/ on December 6, 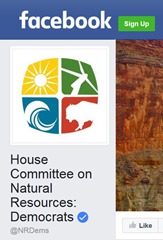 In addition to Xian, the panelists are scheduled to include:
Mark Lagon, formerly ED of the anti-human trafficking non-profit Polaris Project and Director of the State Department Office to Monitor and Combat Trafficking in Persons (TIP)

The panel moderator will be Paul Greenberg, author of books including "Four Fish: The Future of the Last Wild Food”

Kathryn Xian is the founder of  'Girl Fest Hawaii' whose mission is to prevent violence against women and girls through education and art. Girl Fest Hawaii was instrumental in passing the nation's first state law outlawing sex-tourism, a law which became become a model for other states. As ED of PASS she lobbied for the passage of Hawaii’s first labor-trafficking law and reforms to the state's promoting prostitution statutes.

She is currently a leader in the effort to eradicate human trafficking and other labor and human rights abuses discovered in the Hawaii long lines fishing fleet.