Did Speaker Souki have to “dance” around his condemnation of Mayor Caldwell’s leadership at Caldwell’s fundraiser?

“This screws it up royally,” said Speaker of the House Joe Souki, one of the Legislature’s biggest rail supporters.

“For both mayor and Council, it shows that both don’t have the bravado to be a leader,” said Souki, who offered this advice: “Find the money, the money is there.”

Then he sponsors a fundraising reception for Caldwell: 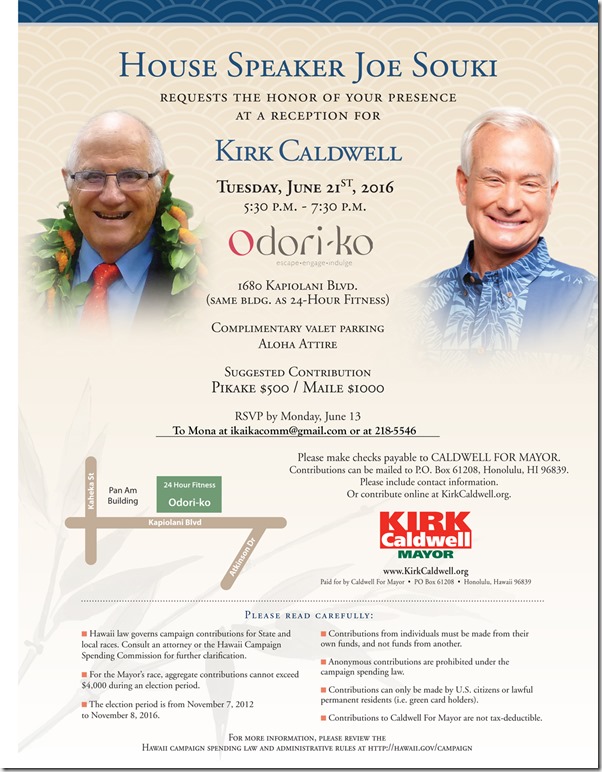 I would have loved to see how Souki and Caldwell danced around each other after Souki’s earlier remark about Caldwell’s leadership ability, or rather, the lack thereof. Odori-ko  (踊り子) means “dancer” in Japanese.

But Odoriko is also a limited express train service in Japan operated by East Japan Railway Company (JR East), which runs between Tokyo and Shizuoka Prefecture. The Japanese train has been running since October 1981. Honolulu’s train, now to be limited to stopping at Middle Street, may begin running … when?