Welcome to Honolulu 2050, Venice of the Pacific 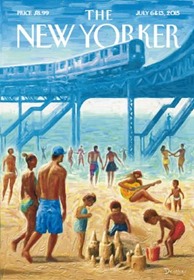 I often have trouble snipping David Shapiro’s column within the bounds of fair use—and darn that paywall, a link won’t work unless you’re a subscriber.

In this case, the pull-quote contains the essence of his commentary on the short-sightedness of what passes for planning here.

Why build where the ocean will creep closer each year?

The city designed the $6 billion rail system to run makai through Kakaako instead of taking a more prudent mauka route along Beretania.

For a conceptual preview of a Honolulu rail station of the future, see the New Yorker cover of July 6, 2015. That could be Brooklyn’s Brighton Beach El or any of a number of lines that, in the future, could be discharging passengers directly into the sea. 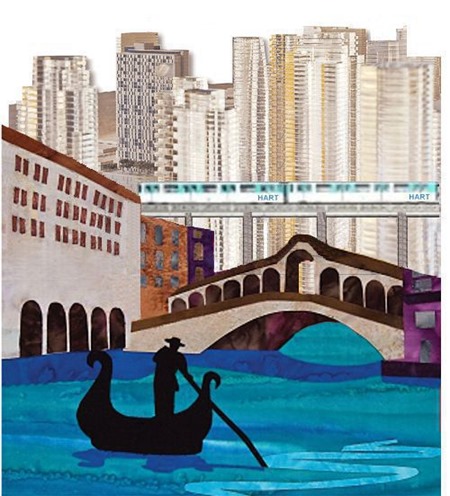 Yes, one day, Honolulu will be known as the Venice of the Pacific.

Routing the rail along the water always seemed to me to be a strange way to plan a transit system.

But they didn’t ask us, they told us.

Could it be that the rail is not for us, but for developer profit? I’ll give Shapiro the last word:

Developers and construction interests make their money well before future sea-level rises, and politicians are seduced by the double bounty of tax revenues and campaign contributions.