Technology morphs at  rapid pace. Horses were replaced by cars, propeller planes by jets, my desktop computer with the little flat thingy in my pocket. I wonder, though, if the pace of change has accelerated in the past decade or so? Look at the speed with which drones have moved into public consciousness. A drone used to be an unmanned airplane used to kill people by remote control in the mid-East. Now a kid can fly one.

When I first wrote about hobby drones they were really small airplanes. One article highlighted an accessible option for the average person, a Swiss-made airplane-shaped drone that could be stored in a small suitcase (the wings unfolded or were attached before using). So it was possible to drive out to the country, for example, and fly one of those over the fields to survey farmland.

There were hobbyist magazines—people were making and flying their own drones as a hobby.

Then the drones morphed—into quadcopters. And they shrank. And of course, they hovered.

These critters are in strong demand and so are being rapidly developed and marketed. The technological advances embodied in the quadcopter design are many: they are cheaper to make, can fly at various speeds and even hover over a spot, they can be directed with pinpoint accuracy (for example) to photograph a defect in a power line. Some are self-guided, just like the GPS on your car dashboard. They can go somewhere and come back home on their own, chirping “mission accomplished” and eager for their battery recharge.

They can survey fields but also crowds, so police and journalists want to use them. They can fly “under the radar” to land even on the White House lawn. In hazardous situations such as war or a disaster, they can get a close-up view without endangering humans. The FAA is struggling to get out regulations, but many people don’t care much for regulations anyway.

It was just a question of time, but now quadcopters have shrunk in size and price to the point where some can be purchased from Chinese websites for about the cost of a dinner for one. 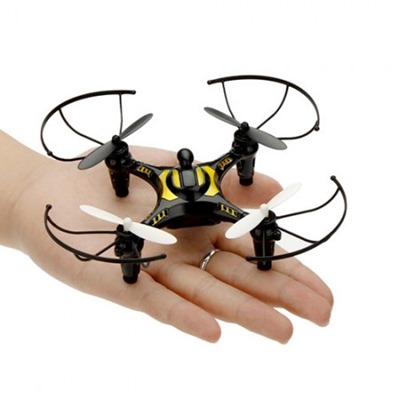 Here’s one, snipped from an ad page.

You can buy this. You can fly this.

One day a camera will be attached. 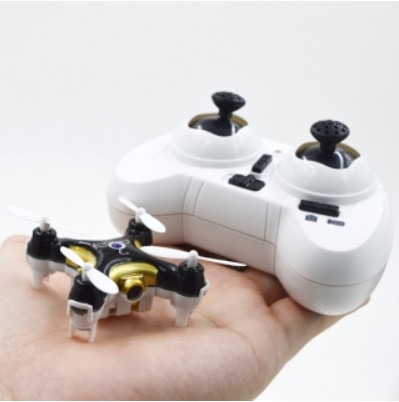 This one does have a camera.

Actually, there are several available with cheap, low-resolution cameras.

This drone is very cheap. For one with GPS and professional-level features, the price shoots up drastically, but hey, this one could still buzz up to someone’s window and do a bit of (illegal) spying with little investment.
A question bouncing around the Internet is whether or not you have the right to shoot down a drone that is spying on your property. Aside from the legal (and moral) questions, I wonder if, as drones get down to this size, it is even possible to draw a bead on something so small.

For serious spying, there are a whole range of sophisticated drones available off-the-shelf right now. They don’t fit in the palm of a hand, but they are not very large. Here’s a snip of another Chinese web page:

Imagine: 4K or HD video. These are affordable and available right now. 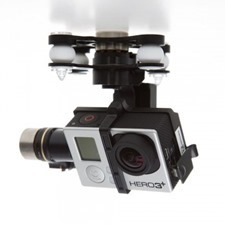 If you purchased your drone already and are upset you can’t take sophisticated video, cameras are available for attaching to your old, obsolete bird to bring it up to snuff.I asked in a previous article if you wanted to Be the first on your block to fly your own unmanned spy drone (11/21/2010). Perhaps the question now would be, “Do you want to be the last one on your block to fly your own drone?” That little fella in the top picture could be flown indoors to annoy your cat. No, please don’t do that.

Before long, Amazon may be delivering drones—by their own delivery drones.

Google Street View may not need to drive around neighborhoods in cars. We’ll be able to “visit” battlefields, the DMZ between North and South Korea, as well as the various pyramids from the air.

On the other hand, though, sunbathing or growing pot in the back yard may become more difficult to do. That is, until someone invents a robotic drone detector with laser weapons to take out anything buzzing in the vicinity. I’m pretty sure someone, someplace, is working on it.