I keep an eye on the coverage that Hawaii gets in the overseas press. For sure, they are watching. Usually, it’s a new restaurant opening, a parade, or other tourist-oriented news that I catch. There were articles also briefly covering one aspect or another of the current homelessness focus in the Star-Advertiser, which seems to be a favorite source for the overseas coverage.

I was surprised to see Russian-language accounts of the sewage spill. Of course, there was plenty in the Japanese press and TV. The one that surprised me most, though, was in Courthouse News, a domestic web service usually covering litigation. Why they ran a story on the Waikiki sewage spill and beach closure, I’m not sure. A link is below, at the end of this article.

Here are two articles from Russian media. One explicitly credits the S-A, and I think that is a S-A picture they’ve grabbed. 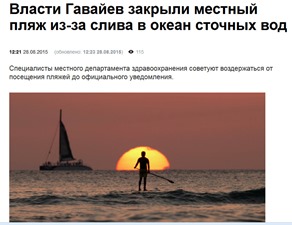 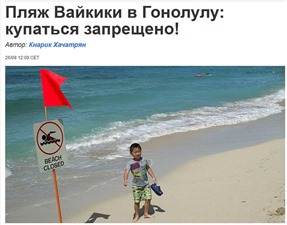 The sewage spill and beach closure was news in Taiwan. Here’s a snip: 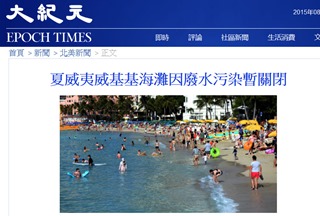 These two are from a video from Fuji News Network, Japan: 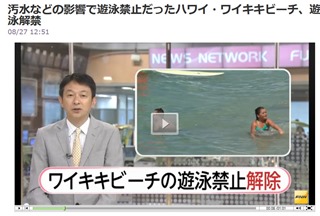 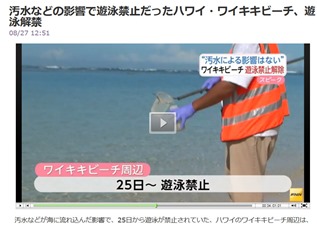 And two more from Japanese websites: 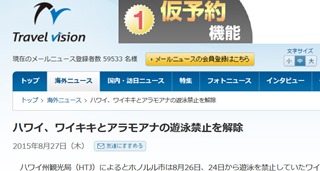 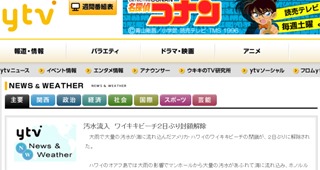 This is a snip from Courthouse News Service. It’s a good enough article, but narry an attorney nor a judge was mentioned: 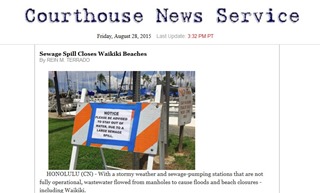 With a stormy weather and sewage-pumping stations that are not fully operational, wastewater flowed from manholes to cause floods and beach closures - including Waikiki.
…
While sewage was coming out of manholes on a street fronting Aloa Moana Center, visitors waded into the water - paying little heed to warning signs about unsafe water.