While Honolulu dithers, a Canadian city says it has eliminated homelessness, and Utah homelessness is down 91% over 10 years


“
Medicine Hat, a city in southern Alberta, pledged in 2009 to put an end to homelessness. Now they say they've fulfilled their promise. No one in the city spends more than 10 days in an emergency shelter or on the streets. If you've got no place to go, they'll simply provide you with housing.—CBC Radio
”

“
Chronic homelessness in Utah has dropped 91 percent in the past decade under Utah's "Housing First" initiative, state officials announced Tuesday.
”

Today’s paper revealed that City Councilman Joey Manahan wants the city to acquire the former site of Hilo Hattie between the lanes of Nimitz Highway to use as a homeless shelter instead of Sand Island.

The site is between two of the busiest lanes of traffic in Honolulu. 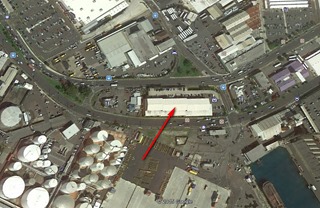 If the Sand Island site had disadvantages (as well as diverting funds that could go to Housing First), this suggestion would place children as well as men and women smack in middle of noisy and dangerous traffic.

In addition to the danger of crossing Nimitz, the air is poisoned by car exhausts. And if pedestrians are continually pushing the buttons to cross the streets, drivers are sure to become impatient over time at the rush-hour slowdown that could result. Impatient drivers are a threat to pedestrian safety.

Housing First works. The city should get with it.

While the Honolulu City Council busies itself searching for alternatives to doing Housing First (anything, it seems, but what has been proven to work), success continues to be reported elsewhere.

[Ted] Clugston [mayor of Medicine Hat, Alberta] believes that no one on the streets is unreachable.

He says city staff found housing for one man, but he insisted on leaving to sleep under cars. Day after day, they'd search him out and take him back to his new home.

"They did it 75 times, but they had the patience and they didn't give up on him and, eventually, he ended up staying in the house," he says. "Ultimately, people do want a roof over their heads."

Medicine Hat, a city in southern Alberta, pledged in 2009 to put an end to homelessness. Now they say they've fulfilled their promise.

No one in the city spends more than 10 days in an emergency shelter or on the streets. If you've got no place to go, they'll simply provide you with housing.

"We're pretty much able to meet that standard today. Even quicker, actually, sometimes," Mayor Ted Clugston tells As It Happens host Carol Off.

Of course, Honolulu is not Medicine Hat. But this is just one example.

Honolulu ignored its growing housing problem and still has no program in place to fill the huge demand for low-income rentals. It still has no “Housing First” program, and continues to look for distracting alternatives. Anything but Housing First. Logically, and morally, sit-lie bans and other ordinances should follow, not precede, implementation of Housing First.

While Hawaii dithers, Utah recently reported success with its program.

Utah's program places chronically homeless people in housing and supports them with services that help address the root causes of their homelessness such as physical and mental illness, substance abuse and addiction, low educational attainment, criminal records, or poor work histories.

Here is a snip from a comprehensive report on Utah’s progress—it is downloadable as a pdf file from the link below.

The intent of this 2014 report is to inform interested parties as to the state of homelessness in Utah. In addition, initiatives are highlighted that are yielding tremendous results in improving lives, cutting community costs for services and creating a more efficient and effective service delivery system. The report also highlights statewide efforts to end both Chronic and Veteran homelessness. This year’s report highlights the system of services in place to address and end homelessness across the State.
…
Although the causes of homelessness are complex, there are solutions. It takes a high level of collaboration and focus to implement effective interventions. We recognize the many valuable partners, both public and private, who work on behalf of our community members who are experiencing homelessness.

Not only has Housing First worked for Utah, they seem to have a refreshing attitude toward their responsibility to all of their citizens—unlike Hawaii.

Homework assignment for Honolulu media: check into why our city government does not have that “ high level of collaboration and focus to implement effective interventions” that is needed. And while you are doing some research, see if there are any RFPs out to provide the support services (e.g., ACT) that are needed to make Housing First work.