Motorsports bond bill speeds through House, now in Senate as a “blank check”

The Legislature’s bill hides the location of the racetrack it would fund. It’s impossible for the public to understand that an important historical location, currently nominated as a national December 7, 1941 Battlefield and on its way to approval, would be lost forever if funding should be approved. Hiding this information is an atrocity. 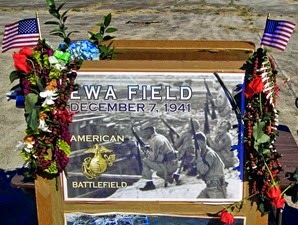 The location of the battlefield is adjacent to the Barbers Point Golf Course. When the golf course was created, they carefully preserved the1941 base. 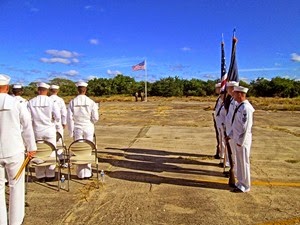 Additionally, John reports that there is a major FAA Instrument Landing System on the grounds that guides planes into Honolulu International Airport.

The House has committed you, Hawaii taxpayer, to indebtedness for a motorsports racetrack. Senate approval of the bill is pending now that it has crossed over.

Both houses must agree for the bill to pass out of the Legislature.

At the time I posted last week’s article, the House Finance Committee had given the public only 48 minutes notice that the bill was to be heard, yet supporters and their attorney somehow submitted testimony. This suggests that they knew in advance of the hearing, and it resulted in all submitted testimony recorded as in support, with no opposition.

Also, going into the hearing, the bill text called for approval of special purpose revenue bonds in the amount of $100 million. The committee revised the bill by removing the amounts—leaving, in effect, a “blank check” for racetrack proponents. The final amount could be less, or more, than the original $100 million.

What it also means is that should the Senate fill in the blank spaces, the bill would go to conference committee. The bill also now has a “defective date” of 2030, guaranteeing it can end up in conference if the House does not accept a final Senate version.

It’s a feature of Hawaii’s legislature that the public is excluded from conference committee discussions. The committee meets in public only to  announce its actions.

So the racetrack bill, and the amount of its public indebtedness, could end up decided entirely behind closed doors.

Some might be wary of corruption entering a process as flawed as this one.

HB1329 has been assigned to EDT and WAM, though a hearing has not yet been scheduled.

Special purpose revenue bonds are bonds that represent indebtedness of the taxpayers of the State of Hawaii—so we’re talking here about our indebtedness to make a motor raceway happen and to destroy a historic battlefield.

It’s likely that Hawaii will end up in the news nationally, but not in a good way.