Martial law in the USA: No conspiracy theory

If you thought that the possibility of suspending the Constitution and imposing martial law across this country is just a conspiracy theory, think again. Results of a FOIA (Freedom of Information Act) request submitted by Muckrock show that there were detailed plans for doing just that. 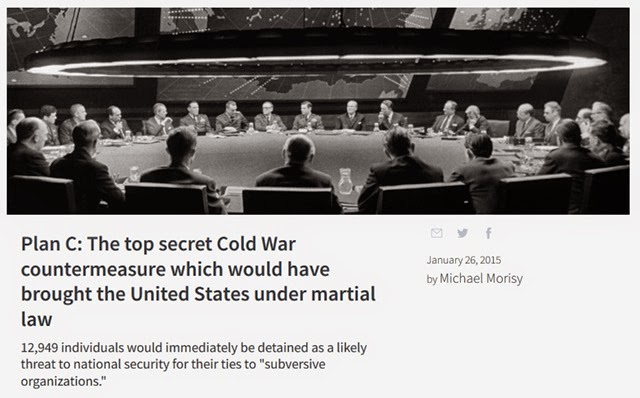 Starting on April 19, 1956, the federal government practiced and planned for a near-doomsday scenario known as Plan C. When activated, Plan C would have brought the United States under martial law, rounded up over ten thousand individuals connected to "subversive" organizations, implemented a censorship board, and prepared the country for life after nuclear attack.

There was no Plan A or B.

[Muckrock, Plan C: The top secret Cold War countermeasure which would have brought the United States under martial law, 1/26/2015]

Click the link for a details as revealed so far by documents received from the federal government.

Skipping ahead to our time, we now have extensive militarization of police forces across the country. As we saw in Ferguson and elsewhere, police are quite willing to deploy their advanced weaponry. Could there be a “Plan D”? Imposition of martial law might be easier now than in 1956.

The image below, a police sharpshooter at Ferguson protests perched ontop of a military vehicle, should illustrate the point. Presumably his weapon is loaded and he is ready to kill. 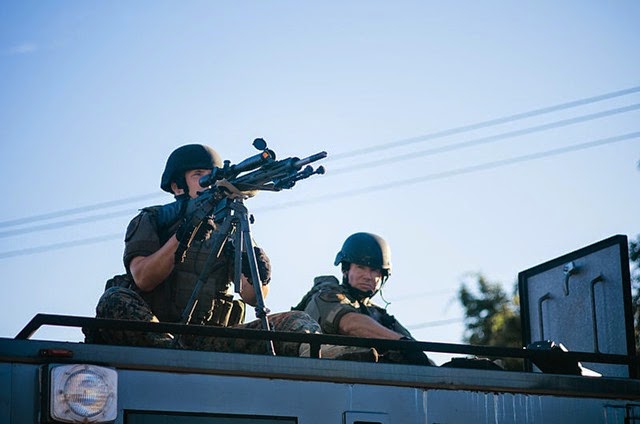