“If we don’t do something, we’ll be left with a city that’s only for millionaires & billionaires”

Bill Moyers (and the original tweeter) are talking about New York City, but he could be describing Honolulu. In his program, broadcast yesterday, Moyers described a nationwide shortage of affordable housing. 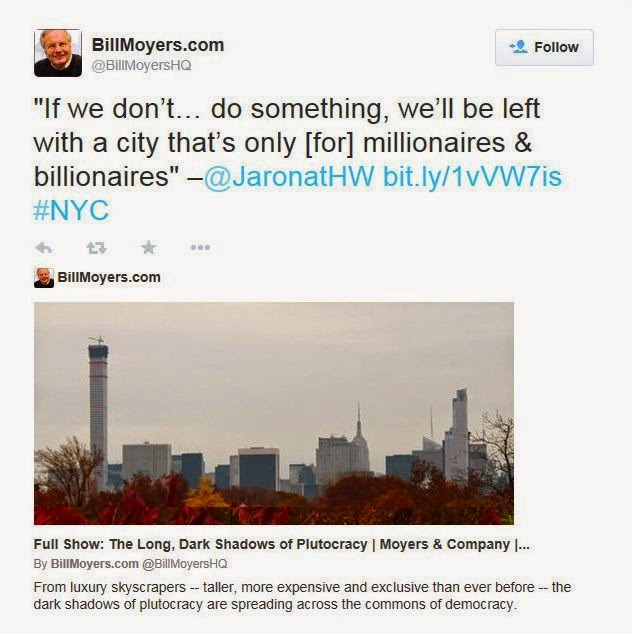 Across our country, millions of people of ordinary means can’t afford decent housing. In New Jersey, just on the other side of the Hudson River from where I’m sitting, three out of five renters can’t afford a two-bedroom apartment at market rates. And across the continent, in San Francisco, residents – including many from an anguished middle class -- have taken to the streets to protest the narcissistic capitalism of Silicon Valley that provides an elite few with what they want instead of the many with what they need. We could continue city by city, state by state: because among our largest, richest 20 metro areas, less than 50 percent of the homes are affordable. Less than 50 percent.

Here where I live, in New York City, inequality in housing has reached Dickensian dimensions. The middle class is being squeezed to the edge as the rich drive up real estate values and the working poor are shoved farther into squalor.