Patrick Cockburn: US plan to “degrade and destroy” ISIS in ruins


So what’s really going on over in Syria and Iraq? Are we “degrading” ISIS, or what?

Read this article by Patrick Cockburn:

War against Isis: US air strategy in tatters as militants march on
World View: American-led air attacks are failing. Jihadis are close to taking Kobani, in Syria – and in Iraq western Baghdad is now under serious threat (The Independent (UK), 10/12/2014)

America's plans to fight Islamic State are in ruins as the militant group's fighters come close to capturing Kobani and have inflicted a heavy defeat on the Iraqi army west of Baghdad.

The US-led air attacks launched against Islamic State (also known as Isis) on 8 August in Iraq and 23 September in Syria have not worked. President Obama's plan to "degrade and destroy" Islamic State has not even begun to achieve success. In both Syria and Iraq, Isis is expanding its control rather than contracting.

How bad is it really?

The battle for Anbar, which was at the heart of the Sunni rebellion against the US occupation after 2003, is almost over and has ended with a decisive victory for Isis. It took large parts of Anbar in January and government counter-attacks failed dismally with some 5,000 casualties in the first six months of the year. About half the province's 1.5 million population has fled and become refugees. The next Isis target may be the Sunni enclaves in western Baghdad, starting with Abu Ghraib on the outskirts but leading right to the centre of the capital.

You may have a hard time learning all this from MSNBC, CNN, Fox, or even NPR. Check out the article.

There is also an explanation of the fix that Turkey finds itself in.

Be the first on your block to understand what is really happening, in contrast to what the retired military talking heads are saying on cable TV. 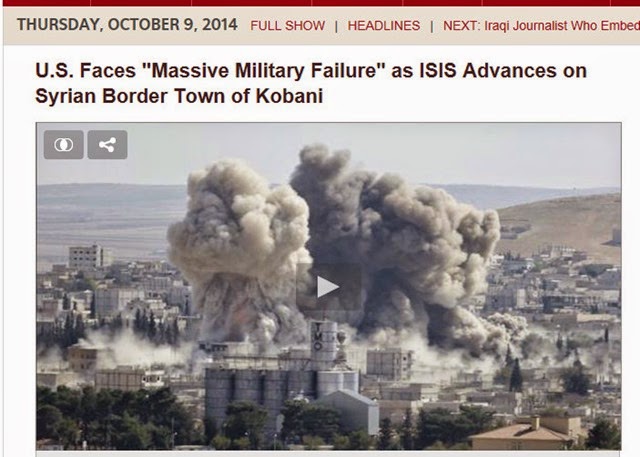