Those Kakaako condos will be filled, if they are built, but not by our people…

This is a current tornado warning, still posted as of noon, HST today.

THE NATIONAL WEATHER SERVICE IN JACKSON HAS ISSUED A

THIS IS A PARTICULARLY DANGEROUS SITUATION.

IMPACT...YOU ARE IN A LIFE THREATENING SITUATION. FLYING DEBRIS
WILL BE DEADLY TO THOSE CAUGHT WITHOUT SHELTER. MOBILE
HOMES WILL BE DESTROYED. CONSIDERABLE DAMAGE TO HOMES...
BUSINESSES AND VEHICLES IS LIKELY AND COMPLETE DESTRUCTION
POSSIBLE.

OTHER LOCATIONS IN THE WARNING INCLUDE NOXAPATER.

TO REPEAT...A LARGE...EXTREMELY DANGEROUS AND POTENTIALLY DEADLY
TORNADO IS ON THE GROUND. TO PROTECT YOUR LIFE...TAKE COVER NOW. MOVE
TO AN INTERIOR ROOM ON THE LOWEST FLOOR OF A STURDY BUILDING. AVOID
WINDOWS. IF IN A MOBILE HOME...A VEHICLE OR OUTDOORS...MOVE TO THE
CLOSEST SUBSTANTIAL SHELTER AND PROTECT YOURSELF FROM FLYING DEBRIS.

Looking through tweets or breaking news, I do think, often several times a day, “lucky we live Hawaii.” 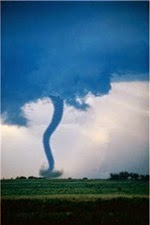 The weather on the Continent is so bad. The Northeast was pounded by repeated snowstorms this winter, resulting in damage, delays and power outages. Now there are deadly tornadoes and hail. After winter, there’s tornado season. Fires. Floods.

Climate change means more extreme weather for much of the USA and the rest of the world, and increased drought in Hawaii. Also, the number of trade wind days are predicted to be fewer.

Drought is not good, of course. Still, it’s not tornados or hail. Not yet, anyway. We arguably have a very much better climate than many people.

How long will it be before Mainlanders think of coming here to live? That is, those who have not already thought of it?

Why would they not come? Tomorrow’s newspapers will likely have photos of the destruction wreaked by tornados currently sweeping Mississippi.

Sooner or later, folks will be selling the farm and flocking over here where cars don’t have to be shoveled out of snow drifts and where the rivers (generally speaking) don’t rise much. Knock wood.

My point: those expensive condos planned for Honolulu are not for us, they’re for them. At the same time, those condos threaten our quality of life and possibly the tourist economy. They will lead to increased traffic (which also impacts quality of life and tourism).

A condo is a machine for turning land into money. HCDA is the facilitator. They make money for developers.  What have they done for us lately?

How does turning Kakaako into Hong Kong benefit any of us?

But it’s up to us to keep it that way.