UH should grow smaller, not larger by embracing on-line education

The University of Hawaii has demonstrated management incompetence in running up a repair and maintenance backlog of $487 million while at the same time planning new construction. Is it wise to build out the West Oahu campus, for example, while letting Manoa basically crumble? Is it fair to the students to disrupt their studies with a massive catch-up effort, and to charge the cost of management neglect to tuition?

I suggest there is another way forward. The management issues have to be dealt with (see my posts on the “garbage can model” of management that needs to be replaced).

In addition, UH should consider not building out additional brick-and-mortar facilities. That’s so… well, 18th century. Who needs to be in a building to learn something these days?

A picture is worth a thousand words, they say. Here is an ad I opened to in the IEEE Spectrum magazine on my breakfast table this morning:

Yes, I suggest that UH move into the 21st century and begin offering courses on-line, ultimately replacing several in-person courses entirely. The same magazine had an on-line ad from CUNY and perhaps others. The concept is spreading.

Isn’t it old-fashioned and inefficient to crowd a limited number of students into a classroom facing a professor or instructor doing the exact same thing year after year? Why not watch that course on-line? Hmmm?? It’s nothing new, and universities have developed ways of peer and faculty support that seem to work for very large remote student populations.

Think: a student in Hana, Maui could complete most (later all) work towards a degree without relocating to Manoa or to another UH location.

This may be the future of education:

Our vision is that in the future the only limit to a person’s learning would be his or her educational aspirations.  Access to quality content and educational technology would be unfettered, the community would continuously improve and add to the knowledge base, and an ecosystem of products and services would provide an array of options and sustainability for the whole effort.

[from a Forbes interview with Richard Baraniuk, Founder and Director of Connexions, Forbes, The Future Of Online Education, 2/13/2014]

A snip from the Connexions website demonstrates the, um, appeal of this idea.

US News has an online-degree finder.

MIT, Yale, and Stanford offer free on-line courses. See this website, for example. Google is your friend in assessing where this trend might be going—on-line learning is springing up all over.

By the time UH closes its maintenance gap, the world will have passed it by. It can’t stay mired in yesterday’s thinking. Besides, there is really no reason why students shouldn’t be able to catch up on a statistics class while jogging around Kapiolani Park with their iPods. 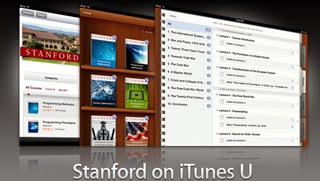 They’ll be doing it anyway in the near future, but will they be “attending” UH or Stanford? It’s up to UH to join in or lose out. (Stanford even has an app called “iTunes U” !)

On-line education makes so much sense for a state separated from itself by large expanses of ocean. Why not get with it, and ultimately shrink UH physically but expand its educational reach, reduce costs and tuition (instead of raising it!), and reach a larger national and international student body than is possible today?