Should we transform Kakaako into Shangai? 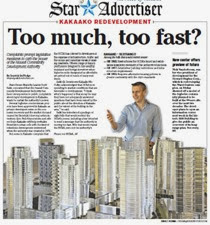 Of course, we are in no danger of reproducing the density of Shanghai in Honolulu (I hope not). On the other hand, why go in that direction, particularly since the housing that’s planned isn’t for us?

Shanghai was used as the backdrop of “Her,” which is set in the future. The trailer gives a hint of the size of the city:

It’s hard to get a sense of the city at night, though. Here’s another view: 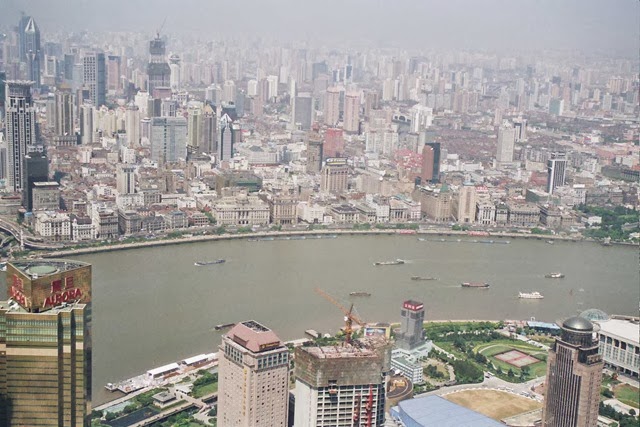 If I understand the map correctly, the buildings across the river are commercial, fading into residential in the distance.

At least Shanghai knows where it’s going. Here’s a model of Shanghai as planned for 2020: 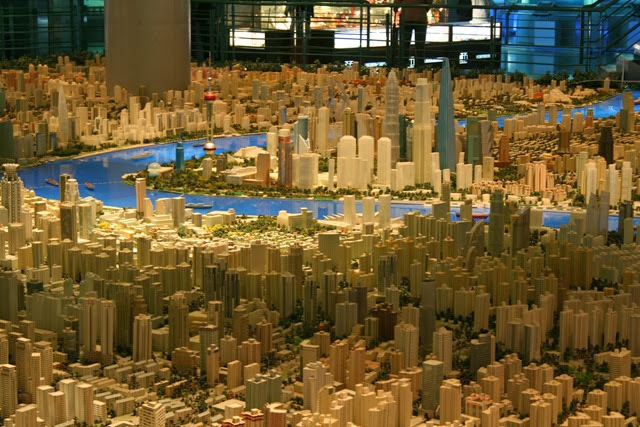 [originally posted to Flickr as Staggeringly Tiny Shanghai, Circa 2020, by
Harry Alverson and licensed under the Creative Commons Attribution-Share Alike 2.0 Generic license]

No, we’ll never get there.

What’s wrong with a “Hawaiian sense of place” for Hawaii, anyway? Note that the Governor has not yet appointed the “cultural” community representatives to either of the HCDA boards, according to their website.