The Illinois House is reported in breaking news to have passed a marriage equality bill 61-54, and the Illinois Senate tweeted that they will pass the bill, and the 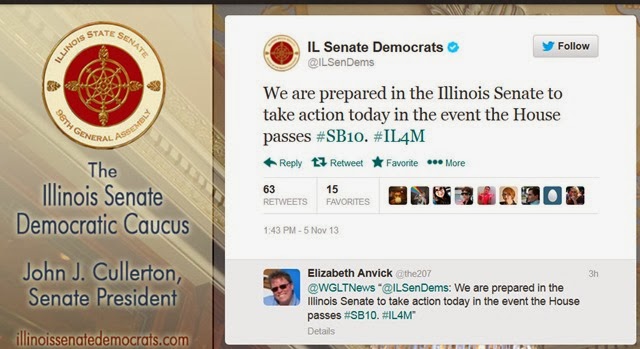 The governor is expected to sign the bill, which will permit same-sex marriages to start as early as June 1, 2014, when the law takes effect.

The bill is reported to exempt some private clubs, but I suspect it is more complicated than that. Google will reveal all… meanwhile, stuff is happening here. As I write this, it’s time to check out the Hawaii House hearing which should be convening just now for decision making after 55 hours of testimony. No time for googling.