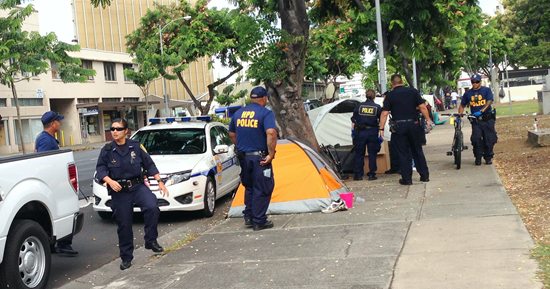 In a raid underway only moments ago, Honolulu Police were spotted seizing bicycles only from homeless citizens of Honolulu along S. King St.

The bicycles were loaded into the white pickup truck at the left.

The police truck has the bicycles that were taken.

Update: The photos document that there was a raid, but of course we don’t know why the police collected only bicycles. Perhaps, for example, they were recovering stolen property. So the obvious thing to do—is to ask, which is what I will do tomorrow, via fax.