As a mediator, I had the policy of destroying all paperwork when the mediation was agreed to be complete and done with. That way, there would be nothing a court could compel me to turn over in the future.

I also have a very bad memory.

When the government started its secret grab of public library records, I understand that some libraries did the same. If the book has been returned, who needs a record of exactly who borrowed it, anyway?

What you don’t have, the government can’t get.

That “keep no data” philosophy seems to be a selling point these days on the Internet, since Big Brother (our friendly government) is vacuuming up every byte it can find with an identification associated with it. Duckduckgo has suddenly become a popular search engine, and some others are letting it be known that they use encrypted data transfer and don’t keep information on their users (well, how do they make a profit, then?). One is Ixquick.  A snip from their website:

Ixquick does not store any user data. We make this perfectly clear to everyone, including any governmental agencies. We do not record the IP addresses of our users and we don't use tracking cookies, so there is literally no data about you on our servers to access. Since we don't even know who our customers are, we can't share anything with Big Brother. In fact, we've never gotten even a single request from a governmental authority to supply user data in the fourteen years we've been in business.

I’ve been using Duckduckgo for several months because it yields different results from Google. Now I’m using it even more. I think I tried Ixquick but haven’t used it, I’ll have to try it a couple of times to see what it’s like.

Watch for services putting in anti-PRISM security or otherwise hardening themselves against spying. 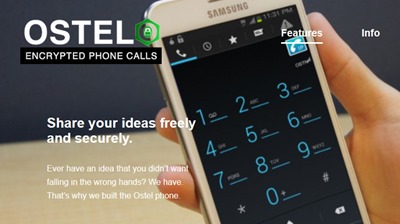 There are already experimental ways to make encrypted calls from your smartphone, computer or VOIP telephone.