Will anyone make the NSA stop spying on us? Of course not

As Rachel Maddow pointed out on one of her programs this week, the NSA goes through scandals every few years but doesn’t stop what it is doing.

Read the Wikipedia article on the Church Committee, for example, or google for info on it.

The Church Committee was the United States Senate Select Committee to Study Governmental Operations with Respect to Intelligence Activities, a U.S. Senate committee chaired by Senator Frank Church (D-ID) in 1975. A precursor to the U.S. Senate Select Committee on Intelligence, the committee investigated intelligence gathering for illegality by the Central Intelligence Agency (CIA), National Security Agency (NSA) and Federal Bureau of Investigation (FBI) after certain activities had been revealed by the Watergate affair.

The “mail cover” operation the Committee discovered has not been eliminated, but enhanced, for example. 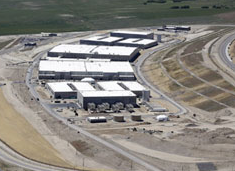 How would we know if they stop spying on our phone calls, emails, etc.? Well, one way would be if they tear down their godzilla-byte storage facility in Utah and sell all of those disk drives on eBay.

Short of that, they’re not going to stop. Why should they? Neither Congress nor any president nor the courts are going to make the NSA unplug their Prisms from the fiber-optic lines, fire the employees now doing the spying, cancel the thousands (?) of independent contracts, and convert the land under their data facility to farming organic wheat. This is not going to happen.

As long as that facility stays open, it will be used.

As long as the American people are willing to accept lies, the government will spy on them. Spying on the public can only take place when the public accepts being lied to. 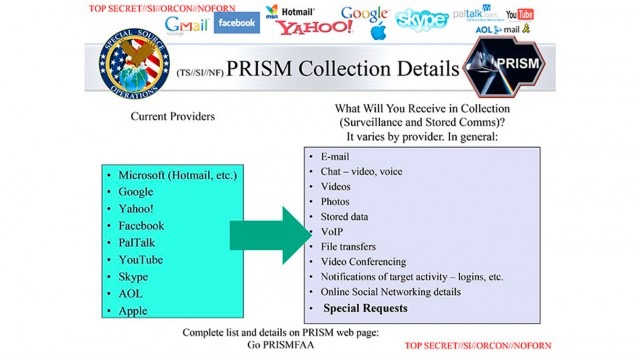 [Speaking of phone calls and emails, the recent NSA response is that they are not listening in to phone calls, only recording “metadata.” Actually, one of the leaked slides does list VOIP, which is one flavor of phone service, adopted by many businesses and individuals to reduce their phone bill by using their data line to carry telephone calls. If either side is using VOIP technology, then the phone call has been captured onto one of the Utah disks (or elsewhere). The leaked Prism slide points directly to the word “VoIP.”]

It should be pointed out that the current spy revelations should not be new to us. Just as examples, James Bamford’s Body of Secrets: Anatomy of the Ultra-Secret National Security Agency was written in 2001.  From a review:

Body of Secrets takes the reader into a world few have ever seen. It is a world where computer systems are measured by the acre.
…
And he addresses the issue of Echelon, the worldwide NSA operation that, many charge, is illegally eavesdropping on innocent citizens. Finally, he takes his readers on the first tour of the NSA's hidden, city-size complex, nicknamed Crypto City, and introduces them to the unique men and women who occupy that shadowy land.

A PBS Nova documentary, Spy Factory, aired in 2009 and is based on a book with that title, also by James Bamford.

Another book on the NSA is Matthew M. Aid’s The Secret Sentry: The Untold History of the National Security Agency, published in 2009.

In Big Brother NSA & its Little Brother: National Security Agency's Global Surveillance Network, Terry L. Cook wrote in 1999 not only about NSA’s underground data center in Fort Meade, Maryland, but about a kind of satellite system in Brussels, Belgium (according to a review).

Does anyone really think the NSA is going to unplug all of this? Of course, I’d like to be wrong, but it’s a safe bet that the spying will continue. Europeans and other countries would all have to pull the plug on us, and my guess is that they’re quite happy to have some “intel” shared with them by US spy agencies, so would never do that.

He he, very clever phrase. The local version is the "get uku-plenny byte storage facility".