Even if you have no US passport, but if you have a driver’s license or perhaps a state ID in Hawaii, your photo is likely available to federal agents using face recognition software. 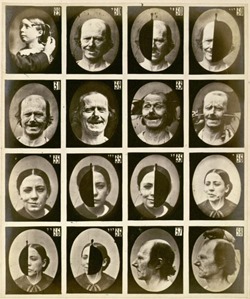 These are images of ordinary people, not criminals. FBI emails obtained by the Electronic Frontier Foundation demonstrate that Hawaii was building (and by now may have completed) a full-blown facial recognition system—with your face likely included.

A Memorandum of Understanding and the other EFF documents are appended to this post—eight documents in total. The MOU was signed (if I am deciphering the handwritten date properly) by state Attorney General David Louie on November 20, 2011. The software is provided free of charge by the FBI—see: FBI To Give Facial Recognition Software to Law-Enforcement Agencies (Slate, 8/23/2012).

Right now, the system probably won’t help law enforcement, except for instances where they have really good “mug shot” quality images (see this article, for example). But that’s exactly what they have from your driver’s license photo, all they need is better images from police and federal agencies looking for someone. Until they get it right, your image may be selected in error.

The system didn’t work after the Boston Marathon bombing:

BOSTON -- The FBI on Thursday released images of two men who are suspects in the bombings at the finish line area of the Boston Marathon.

The agency, leading the investigation of the bombings that killed three people and injured 170, made public both photographs and video of the men, who were seen in the vicinity of the attack.
…
It may also be running the pictures through other state, local and foreign databases, some of which contain more than 200 million images, said Jim Albers, senior vice president at MorphoTrust USA. MorphoTrust  supplies facial recognition software to the FBI, the Department of Homeland Security, the State Department and various intelligence agencies.

“I believe facial recognition will play a major role in finding these people,” he said.

"The technology came up empty even though both Tsarnaevs' images exist in official databases: Dzhokhar had a Massachusetts driver's license; the brothers had legally immigrated; and Tamerlan had been the subject of some FBI investigation."

Should we be concerned? Yes. In view of revelations leaked these past days by NSA whistleblower Edward Snowden, what is being assembled by government is a vast, digital dossier that can be queried rapidly, for example, after a face match is made. Despite Obama administration assertions to date, it doesn’t appear that the NSA spy data prevented any terrorist incidents in this country, and it isn’t clear that the FBI facial recognition database can make use of crime images either. But that does not stop the government from collecting all this information.

From an EFF webpage:

Facial recognition takes the risks inherent in other biometrics to a new level...[it] allows for covert, remote, and mass capture and identification of images, and the photos that may end up in a database include not just a person’s face but also what she is wearing, what she might be carrying, and who she is associated with.

Although a map on the Washington Post website seems to indicate that the database is not accessible to law enforcement in Hawaii, it is not clear whether that would include the FBI, for example, especially in view of the MOU signed between the FBI and the state.  These days, it would be hard to accept as truth assurances from law enforcement that they do not access personal data, anyway.

Who maintains face recognition databases? From the Washington Post story:

A single private contractor, MorphoTrust USA, which is based in a suburban Boston office park but is owned by French industrial conglomerate Safran, dominates the field of government facial-recognition technology systems. Its software operates in systems for the State Department, the FBI and the Defense Department. Most facial-recognition systems installed in driver’s-license registries use the company’s technology, it says.

MorphoTrust, which is the same company mentioned in the Boston bombing article above, is in Hawaii. They operate the TSA ID database here, a Google search discovered. Not that this proves that they have given image database access to state or federal agencies, but the technology is here.

Nationwide, over 200 million people are in the facial recognition database. But focusing on Hawaii, what protections might we have? Probably none, but I do wish to note this provision in our state constitution:

Section 6: Right To Privacy
The right of the people to privacy is recognized and shall not be infringed without the showing of a compelling state interest. The legislature shall take affirmative steps to implement this right. [Add Const Con 1978 and election Nov 7, 1978]

Section 7: Searches, Seizures and Invasion of Privacy
The right of the people to be secure in their persons, houses, papers and effects against unreasonable searches, seizures and invasions of privacy shall not be violated; and no warrants shall issue but upon probable cause, supported by oath or affirmation, and particularly describing the place to be searched and the persons or things to be seized or the communications sought to be intercepted. [Am Const Con 1968 and election Nov 5, 1968; ren and am Const Con 1978 and election Nov 7, 1978]

See related: Are Hawaii’s spy contractors in violation of the state constitution? (6/13/2013

For the record, here is the Hawaii MOU and emails from the EFF website. To download requires a ScribD login, or locate the emails yourself on the EFF website with this search: