There’s a petition calling on the Governor to sign SB1214 into law. The petitioner’s authors say their car had been fraudulently booted, costing them $160 to regain the use of it. So far the petition has garnered 537 signatures.

This is a “Frankenbill,” originally a “gut and replace” perpetrated by the House.

Although I didn’t follow the bill, it appears to be one of the most blatant abuses of this legislative session, looking now at its history on the web.

According to the Hawaii State Constitution, Article III, Section 14: "Each law shall embrace but one subject." This bill now contains two completely unrelated subjects and appears to be unconstitutional.

Here’s what the original bill, introduced by Sen. Kim, was intended to do, from the report of the first committee it passed through:

But then the bill got to the House. The “gut and replace” operation was executed by Rep. Ryan Yamane, chair of the House Transportation Committee. 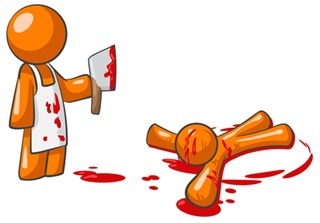 He completely gutted the bill that the House had received, killing the original, and then substituted language that bore no relationship to the original. None.

(2)  Establishing that unless authorized by a county, no person, other than the registered owner of a motor vehicle, may apply a wheel boot to a motor vehicle;…

Sure, this might be a good and worthwhile bill for the Legislature to consider, but the Senate committees didn’t get to hear it at all.

It’s important to note that the deadline for introducing bills into the Legislature had passed. The purpose of Yamane’s “gut and replace” was to bypass the rules and introduce a bill that should rightly have started moving at the beginning of the session.

No matter how much Hawaii needs a law to stop the practice of booting cars, it should have been introduced at the beginning of the session. Yamane’s hatchet job tried to do good, but at the sacrifice of a bill that had made its way through the Senate legitimately.

Just imagine for a moment, if you will, that you have given up several hours of your life nodding off in a warm Senate committee room waiting for your turn to testify on SB1214. Perhaps you had to give up a days work. Ok, you wouldn’t have done that for this bill, but just imagine. It could have been any of the other “gut and replace” bills of this or prior sessions.

So you testify at one or more committee hearings, and the bill successfully crosses over. Yay!

Then the bill runs into a state legislator who needs a vehicle for his own bill, whether good or bad, and so the bill you helped shepherd through the legislative process as a good citizen following the rules, ends up on the cutting room floor so that legislator can shine.

Will you get even an email of apology for causing you to waste your time and effort and expense? Of course not.

This bill emerged from the House Finance Committee with two heads grafted onto it. The original Senate language was pasted back ahead of the anti-booting language. A fine was added, apparently by the conference committee, that was not heard by either house.

The new language did not have its three readings in the Senate. The new bill now contains two unrelated subjects, hence it’s a “Frankenbill” and appears to be unconstitutional.

Oh, and it calls for a $100 fine for illegal booting. That will probably work, but since it is less than what was being charged for booting, I wonder.

So I’m torn about signing the petition. I would sign, except that the bill appears to be unconstitutional.

Next year, Rep. Yamane and other “gut-and-replacers,” please get your bills in on time. And put that bloody knife away.

Both Senate and House leadership might want to read the state constitution one more time and then make the legislature’s rules comply.

Minor point except to Brian, I believe you meant Ryan.