ACLU open records lawsuit could be model for do-it-yourselfers 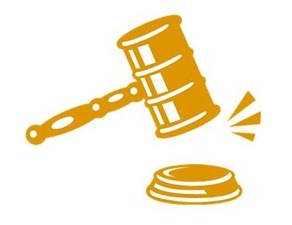 Have you ever wanted to have your day in court but couldn’t afford to hire an attorney? My impression after reading through the open records complaint in the lawsuit filed by the ACLU in state court today was “Heck, I could do that!”

Of course, I couldn’t have done that. But now that I see the complaint, I’m thinking, Ctrl-C (copy) Ctl-V (paste) and I’ve got myself a template for any similar case. Piece of cake.

Of course, we have to see how it goes. I don’t want to jinx the case by suggesting that it’s a slam-dunk. But on the other hand, the ACLU would have checked the facts carefully, and if they are stated accurately in the complaint, as I have faith that they are, then maybe they’ll win this one (I’m being careful not to be a jinx, but it’s hard).

There are many possible outcomes. The state agency, after speaking with their attorney (the AG), could come up with a valid reason why the records should not be turned over, so the case could be won but nothing come of it. Or, the state may simply produce the records before it goes to trial. The problem then is the possibility that there wouldn’t be an award of attorney’s fees unless the attorneys go after that.

It will be important to follow the case, and I’ll try to do that. The collection of briefs could serve as a guide for those willing to go it alone (pro se), but a clear win might also encourage other attorneys to take up these cases. Why? Read the complaint. It is very uncomplicated. No citations of other cases, no complicated points of law. It basically lays out the events and identifies which area of state law was allegedly violated. There’s both laws and administrative rules—but they’re right there. Sort of something to do on a rainy day, and serve the public good at the same time.

I’m not trying to give legal advice here, I can’t do that. I’m just observing that these cases are so simple that there could be a whole flock of them quite easily, if other state agencies behave as badly as the Department of Public Safety allegedly did. I had a similar battle with the Board of Education many years ago, and received terrific help from the Office of Information Practices, and yet the BOE remained defiant.

I wonder if state agencies have become generally compliant with UIPA requests. If not, what better than a few easy lawsuits to set them straight?