Corruption studies as a “path to jobs”

I was skimming a book on political corruption in preparation for getting back to the topic of fundraisers during session when I realized that what I was perusing was a kind of “how-to” manual. So for the moment, anyway, I won’t name the book. There’s no use in giving state legislators (of Hawaii or any other state) any ideas they may not have thought of already.

But no joke, or actually, only a little joking, a Google search indicates that one can study corruption and that if one gets good at it, it could be a path to jobs.

“Over the last 10 to 15 years, (corruption) has become much more trendy, some would even say a sexy issue...” said Martin Kreutner, head of the International Anti-Corruption Academy (IACA) in Vienna and a former Austrian anti-graft prosecutor.

I wish I could describe what corruption I see in a “sexy” way. Perhaps that would help spark a little outrage. Civil Beat also has highlighted fundraisers during session, but maybe more is needed to stop it than simply shining a light on the practice.

For one thing, asking corporations for money during session is not yet recognized by legislators as a form of corruption. And yes, “corruption” is a stronger term than “unethical conduct.” It’s simply a matter of choice of what term to use to describe a practice that politicians shouldn’t be engaged in at all in a democratic system.

Politicians get elected, then thumb their noses at electorate 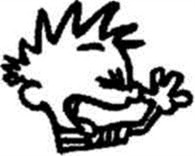 It seems that politicians who study corruption might be interested not only in how to do it, but what they can get away with and what the public is willing to tolerate. For example, taking bribes campaign contributions during a legislative session, while contributors stand to gain from the politician’s support or votes, seems to be widely tolerated in this state. I feel that no matter how much I write about it, astute politicians know that getting hold of the big bucks is more important than the trickle of public concern that may (or may not) ever materialize.

So yes, it is safe for Hawaii legislators to thumb their noses at the voters back home while entertaining lobbyists, corporations, unions, and special interests at posh $500 parties in Los Angeles, for example.

I am told that this practice and others are not corruption because “everybody is doing it.” That’s not so. Many state legislators will not hold fundraisers during session because they do consider it to be unethical.

It’s actually refreshing to read about political corruption described in academic terms. Perhaps if we had public forums on the subject, that is, discussions outside academia, politicians might be led to change their ways. That is, I’d like the academics to step out of their ivory towers and teach and speak on a public stage.

Straight talk can benefit us all. It’s not something I expect to find in the daily newspaper, but a college or university could pull it off.

Here’s just a snip of a comprehensive essay on the subject. As with most academic material, it proceeds in an orderly fashion which makes snipping difficult. But this should give a flavor of it. This is taken from near the beginning, as the case is being developed.

Despite the substantial problems raised in the definition of political corruption, there are cases which

1. a public official (A),
2. in violation of the trust placed in him by the public (B),
3. and in a manner which harms the public interest,
4. knowingly engages in conduct which exploits the office for clear personal and private gain in a way which runs contrary to the accepted rules and standards for the conduct of public office within the political culture,
5. so as to benefit a third party (C) by providing C with access to a good or service C would not otherwise obtain.
…
We can add both to these difficulties and to the sophistication of our definition, following the work of Dennis F. Thompson, by distinguishing between individual and institutional corruption. Individual corruption can be identified using the above criteria. "Institutional corruption" is differentiated by the nature of the gain to the public official, the service to the private citizen, and the tendency of the act, rather than its intention. Individual corruption benefits the office holder personally; institutional corruption produces gains for A within the political process—so A gains in a way which benefits him in his capacity as a politician or public official rather than as a private individual.

[exerpted from Conceptualizing Political Corruption, an essay by Mark Philp]

This is not the stuff that a newspaper will print, and a blog is also a poor venue. And it’s not really sexy, is it. Oh, well.

I have an idea that a social media campaign could be driven based on exposing corruption in government, and that it could be effective.

Twitter could be the “angry bird” that pecks away at these $500 Mainland fundraisers that I think voters should be concerned about.

If anyone knows how to do it, maybe we could put something together.