Going back in time to the beginning of Silicon Valley

Andy Parx alerted me to a PBS program on the origins of Silicon Valley which had just aired and will be re-broadcast this Saturday at midnight. He knew that I usually don’t watch TV so I would’ve missed it. Thanks, Andy, this program was well worth watching. Turns out it is available on-demand here, and so I just watched it. I found it fascinating.

Although I was alive through the time period of the film, I grew up in New York and was totally oblivious to anything that might have been going on in California. For New Yorkers, the map includes Manhattan, Brooklyn, Queens, and New Jersey. Someplace in the far-off distance is the hippy-haven of California. Even Staten Island was too remote to be noticed. For us engineers, California was where you might go if you couldn’t make it on the east coast, or if you just wanted to spend the rest of your life as a stoned hippy.

As the documentary shows, however, California, not the east coast, was where the action was.

At the start of the film, the Santa Clara valley was farmland, growing almonds, tomatoes, prunes, apricots, plums and other crops. A combination of extremely fertile soil, ready access to well water, and the ability to ship crops anywhere via the railroad, made it a thriving center of agriculture.

By the end of the film, the farmland was paved over after factories, research labs and housing. Tech displaced agriculture in what came to be known as Silicon Valley.

What fascinated me, watching the video on-line today, besides the scenes shot in the ‘50s and ‘60s with period cars and hairdos, was how easily innovation took root. The valley was fertile in more than one way. Companies split off from established companies, reproducing like yeast budding. As a company became successful, a small bud of entrepreneurs would pinch off and grow into a new company nearby.

I compared that with our state government’s futile attempts over the years to make Hawaii a “high-tech center of the Pacific.”

Here, farmland is paved over not for research labs but for housing. We don’t have successful tech companies budding off and fostering the growth of new innovation and new leading-edge companies. Honolulu is not Silicon Valley, but then, that could be said of almost anywhere. Should a company become successful here, sooner or later the bean counters come knocking and the CEO has to give up sun and surf to move to a more logical place to make a profit.

We have no railroad providing easy access to markets, and we have no short supply lines. There’s nothing to be done about that.

One thing we might do is get realistic. I wonder if the state is just throwing money away again on spaceport licensing, for example.

Hawaii is paradise, not Silicon Valley. UH is not Stamford. Commercial spaceflight will likely thrive in New Mexico if at all.

There’s nothing wrong or bad about this, only that we might try to be more realistic in how our government spends its money. We should never give up celebrating what Hawaii is, though.

Oh… there was a mention of Hawaii in the video. Here’s a snapshot: 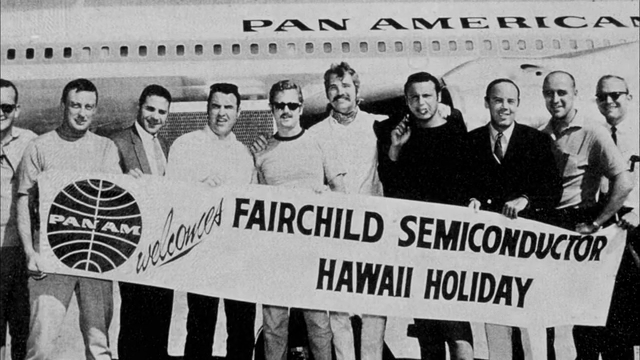