Breaking news: Police tape was probably leftover, looks like a try to save money…

I guess it’s just a slow news day. The city’s use of advertising on its police tape is labeled Civil Beat’s “Top Story”.  Only in Hawaii…? 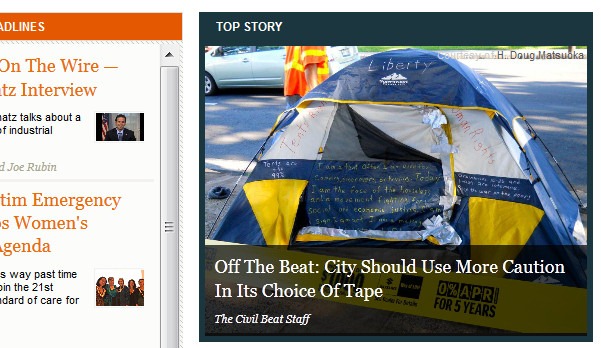 A few minutes ago a city spokesperson called me in response to my query on the tape, saying that he did check on it, and it appears the tape was probably left over from some other event.

So actually, it looks like an attempt to save money. We may learn more by Monday, by which time maybe something else will happen (anything at all) and this will no longer be front-page news on the Web.

See: Raid brings firsts: Advertising on crime tape, and discussion with the City (2/1/2013) and

I was pissed off I couldn't get the 0% APR on a Suzuki. I'm thinking about pressing a false advertising charge.


I wouldnʻt bet my life on it, but Iʻm willing to but a couple of bucks that there is some kind of relationship between the entity that provided the tape and the City. The provider is either a campaign contributor or recipient (through contract or some other device) of City funds for something either now or in the past. In other words there has been a money transaction between the two. The Cityʻs little faux pas here is evidence of some cost to taxpayers. Thatʻs my $2 wager.