For the truth about the Israeli/Palestinian war now under way again, one needs to dig deeper than the newspaper pile on the table

It’s amazing to me that I can easily follow news about the ongoing and dangerously escalating Israel/Palestine military action in the foreign press and in mid-east social media (see, for example, English/Arabic discussions on the Meedan website, an invaluable resource)—and then find only distorted, biased accounts in our domestic news.

Take the AP article in today’s Star-Advertiser. There is no sense that Israel has illegally blockaded Gaza, starved its people, and reduced it to an open-air prison, but also it starts the war story in the middle, as does the overwhelming majority of coverage in print, radio (including NPR) or TV in this country. According to the AP (and NPR, etc.), Israel is retaliating for rocket fire from Gaza. In other words, it was the Palestinian side that initiated the current conflict.

If one starts at the beginning, the story is different.

FAIR (Fairness and Accuracy in Reporting) put together a video segment on just this problem. Although they don’t have a Creative Commons license posted, they do allow embedding, so I’m assuming it’s ok to include their video here. 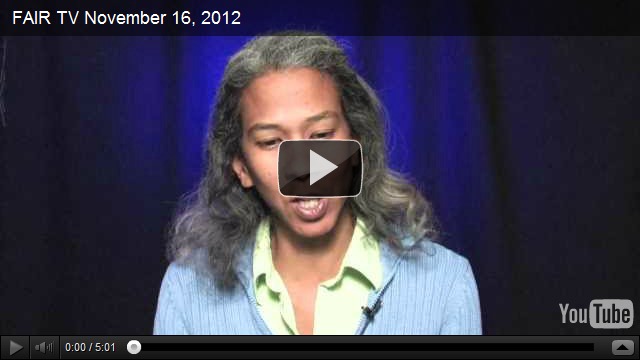 Can we blame our local media for incomplete, biased coverage? I think so. But it won’t make a difference. I have no expectation that they will give up using these AP stories. Additionally, they are giving their readers the story many want to hear. And I am not picking on the paper specifically, but I do pay for it and depend on it for my morning news fix.