This is a re-run of the earlier article originally posted on Saturday.

The battle for repeal of the PLDC law has begun.

Getting the Legislature to repeal the Public Land Development Corporation law will be an uphill battle—the grassroots will be going up against the moneyed developers who stand to benefit from the current law.

And then Governor Abercrombie will surely veto anything that threatens the PLDC, so enough support must be found to override a veto.

Nothing is impossible if the people really want it. And we may find out on Monday how well the protest is going so far.

Below is a poster circulating by email for the Oahu rally. The forces will gather on Monday, October 8, 2012 2-4 p.m. at the State Capitol. 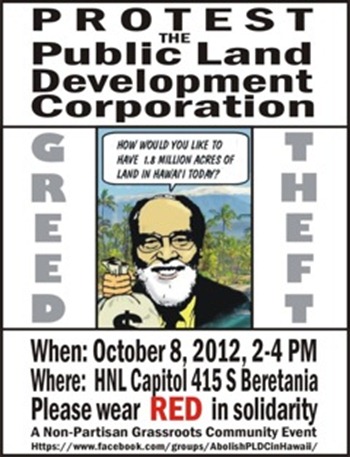 While the Oahu protests are of key importance (because lawmakers and the majority of the media are here on Oahu), there are actions also on Neighbor Islands.  They may have to take their own publicity pictures, but heck, it’s 2012 and God has given us iPhones.

Here are the images for the Neighbor Islands. Any of these can be downloaded with a right-click for your own emails or Facebook pages. 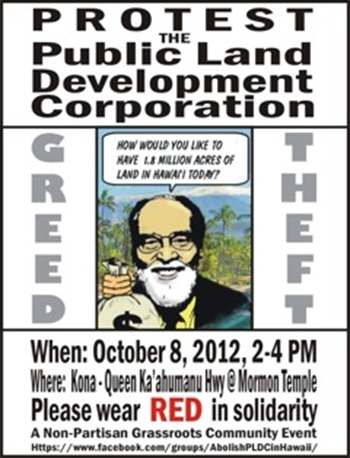 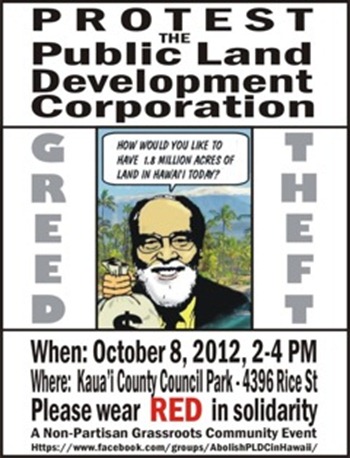 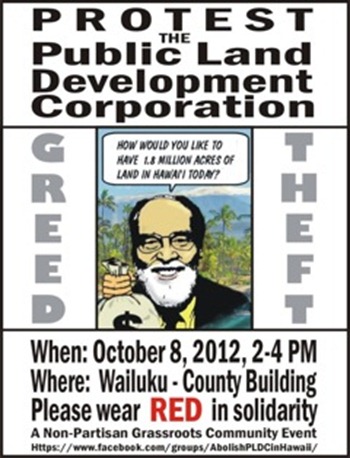 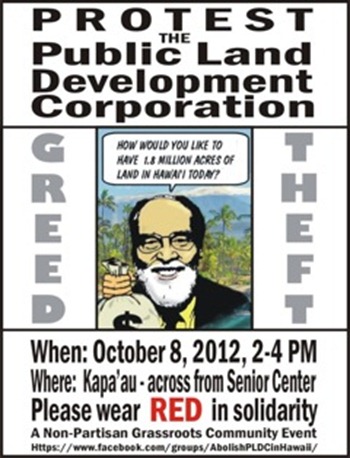 In case you or others are interested, I wrote what I believe is a concise and easy to understand 4 point legislative history and have posted it here:

Summary: The public only had one opportunity to testify on the most egregious amendments and were given less than 2 hours public notice to do so. G. Hooser