One usually thinks of racial discrimination as prevalent and persistent in the American South, but Mayor Bloomberg’s New York City has some of the characteristics that could be described as apartheid.

In addition to a continuing practice of stop-and-frisk by the NYPD which civil liberties groups have not succeeded in curtailing, in which racial profiling is a daily practice, and the recently revealed spying on mosques in states up and down the East Coast, New York has discriminated in hiring its firefighters along racial lines.

As usual, justice moves very slowly in these cases.

The federal judge overseeing the effort to diversify the Fire Department of New York approved a new entrance exam Friday that will allow the nation’s largest fire department to hire new firefighters for the first time in five years.

Just about 10 percent of the more than 10,000 uniformed firefighters are black or Hispanic, even though more than half of the city’s 8 million residents identify with a racial minority group.

The lawsuit, which does not end with this decision, was brought by the Vulcan Society, an organization of black firefighters. The Vulcans filed a complaint with the U.S. Equal Opportunity Employment Commission more than a decade ago.

One black firefighter, in an interview on WBAI radio last night, described how he obtained one of the highest scores on the previous exam yet still could not land a job with the FDNY.

There is no relief in sight yet for the NYPD stop-and-frisk campaign which each day snags about 1,600 in predominantly poor neighborhoods. Approximately 90% of the stops involve black or Hispanic pedestrians and are conducted without any pretense of probable cause. Many black men report being stopped and frisked multiple times.

Racial discrimination is not new to the NYPD. A history of New York City described how the police zealously returned escaped slaves to the antebellum South. Perhaps today’s NYPD’s behavior reflects its original roots, but there is no excuse for Mayor Bloomberg, who supports the stop-and-frisk program. 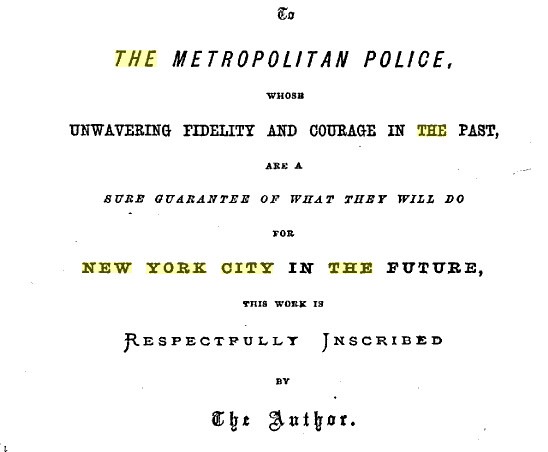 As long as I'm disillusioning you about slavery in early New York, here’s a small snip from the same book:

The book has descriptions of Negro bodies left to swing and rot in the air, Negros burned at the stake, and how people came out in large numbers to look at them. Yup, that’s old New York, the part they don’t teach in the schools there. 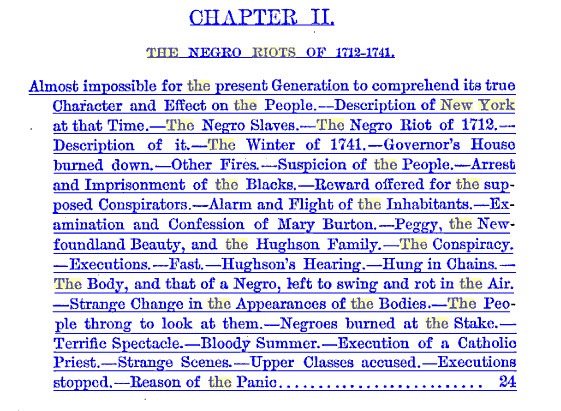 Fast forward to 2012 and the mayor and police seem stuck in an age of racial discrimination that should have ended long, long ago.