Coming to a garage near you: home-made plastic “wiki weapons”


“A number of people have already made gun parts using 3-D printers. And yes, the guns with these parts have successfully fired bullets.”

I’ve been watching the progress of 3D printers for some time. I think the technology could be very disruptive, in a positive way. And yes, I had thought about the possibility that guns might one day be easily replicated by anyone, at home, and at low cost—a very negative but perhaps inevitable outcome. Now the concept is out in the open.

And those guns could be largely or completely made of plastic, which would evade detection at many security check stations.

The threat is now documented with the posting yesterday of a story by the New York Times: Disruptions: With a 3-D Printer, Building a Gun With the Push of a Button (NY Times, 10/7/2012).

There are several sources of 3D printers, with more on the horizon. The two I’ve been following are the Makerbot Replicator 2 and the Solidoodle 3D Printer. Using a different technology, you can already have caps for your teeth made while you wait in dentists’ offices here in Hawaii. While the first two machines construct the product with layering, the dental model is driven by similar 3D software but creates the cap out of a block of porcelain using a computerized tabletop milling machine.

The New York Times mentions that Chinese companies are starting to make them also and that prices are falling to about $500.

How the technology works

In the days of 78 RPM records, you couldn’t easily make one at home. The same for book printing. Now music is easily copied, books are eBooks, and anything digital can be reproduced at essentially zero cost at home if someone wants to do that.

The software for 3D printing is free—download Google Sketchup and you’re in business. If you don’t want to own a 3D printer yourself, take the output file (or send it) to a service that will print the part for you.

The first image below is of a Solidoodle printer, suitable for home use (click images to go to the websites). 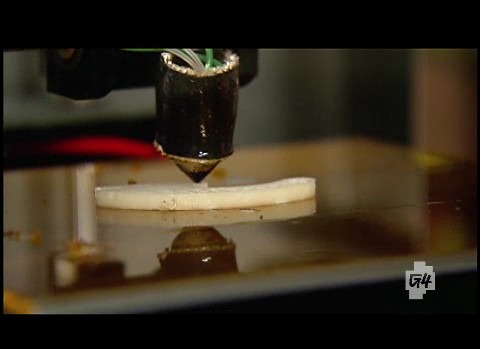 The next is a commercial printer that has been available for some time.

3D printers can be used to create virtually any object directly from a computer aided design. This video shows how an Objet Connex 3D printer can produce 6 different size adjustable wrenches from 5cm in size to 50 cm in size - all in one print run. All the wrenches contain fully-movable parts and were created with no assembly. The wrenches are made of Objet's ABS-like material which has the strength and toughness of ABS-grade engineering plastics. 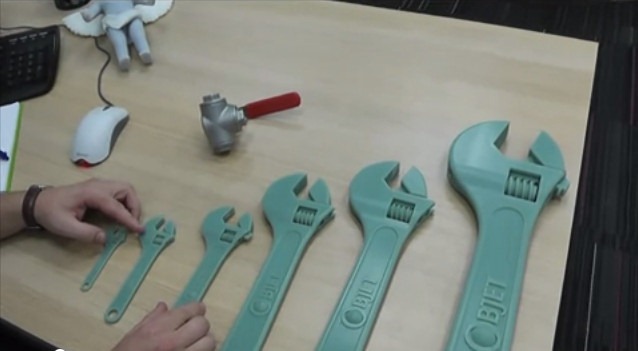 This large commercial printer already knocks out complex parts, and in color, too: 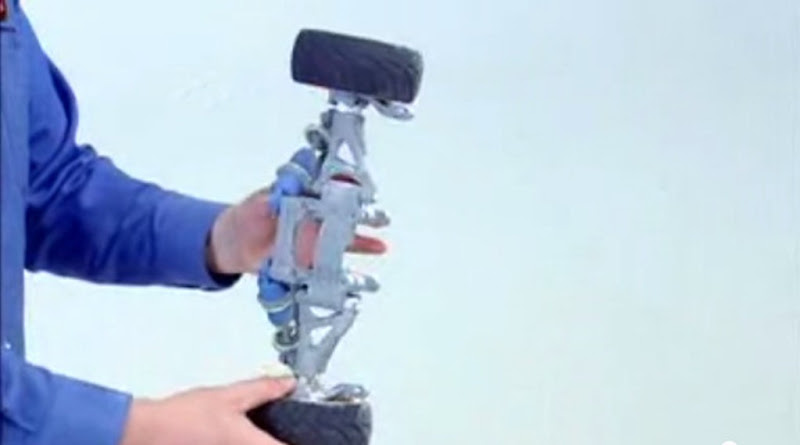 Here’s a bicycle produced by a 3D printer: 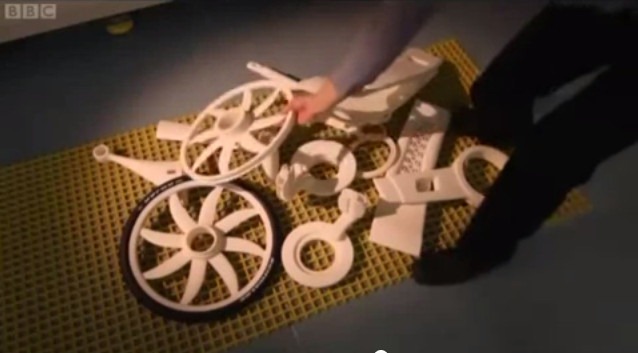 When we lived in Japan we owned a Nissan Cedric. Yea, that’s what it was called. Like the Dodge/Plymouth twins, it had a twin named the Gloria. The Cedric was a small black limo, suitable for an imported executive. Although Japanese car owners typically looked for a new vehicle every few years, we kept our Cedric until it was 21 years old. And then we sold it. Heck, it may still be running…

Along the way it needed exactly one replacement part outside of brake pads and the usual. (Japanese auto inspections are brutal and expensive, but they ensure that cars are kept in perfect operating condition.) Inside the driver-side door, part of the opening mechanism gave way after about 18 years. The door would not open from the outside handle. Bummer.

Of course, parts were no longer available. Unlike in the US, the parts business had not yet become a profit center. Whether it was a car or an electrical appliance, it was hard to get repair parts after just a couple of years.

But Nissan was very supportive of this Cedric still driving around the streets of Tokyo. It may have been the only one of that vintage. So our local garage easily got Nissan to make a new part to fit inside the car door. The part was made in a machine shop someplace. Of course, it would be prohibitively expensive to make the least complex part that way due to labor costs.

The part that I needed could have been made very quickly and cheaply by a 3D printer.

Imagine if you or your auto mechanic could simply dial up a part from an on-line Honda catalog and either pick it up at a dealer, a nearby Kinkos, or perhaps print it in-house? That won’t work for carburetors or intake manifolds, but it could work for many of the myriad parts now stocked by dealers and for which owners are made to fork over much moola when replacement is needed. Actually, there are already some 3D printers that work in metal rather than plastic. Maybe at least part of that carburetor could be printed locally one day.

As with music and more recently other digital material, copying is easy. An mp3 file can be copied indefinitely without further loss of quality (or you could get an exact FLAC copy of the original). Given a computer, it costs little or nothing to have quality music stored in one’s iPod. Will there one day be an iTunes for 3D parts?

How will we know if a car part is genuine or a counterfeit copy? That may not matter for a door handle linkage part, but it could be life or death if it’s a more critical part, from steering or the brake system, for example.

And of course, we are now faced with the nightmare that sociopaths could knock out their own guns in the privacy of their homes.

From the New York Times article:

A number of people have already made gun parts using 3-D printers. And yes, the guns with these parts have successfully fired bullets. Cody Wilson, a law student at the University of Texas, is in the process of building a completely functional printed gun. “We hope to have this fully tested and put the files online in the next couple of months,” said Mr. Wilson, who runs a Web site called Defense Distributed.

He calls the gun the Wiki Weapon.

Yes, the Hawaiian word wiki applied to a weapon. That’s not exactly the aloha spirit.

After committing a crime with a printed weapon, a person could simply melt down the plastic and reprint it as something as mundane as a statue of Buddha. And guns made of plastic might not be spotted by metal detectors in airports, courthouses or other government facilities.

Finally, a 3D printer could soon be capable of making other 3D printers. So a whole gun factory could be set up in someone’s garage. Yikes! Watch out for suspicious purchases of Buddha statues in Chinatown that could be melted down to make guns!

All this sounds like a revolution to me, and it may or may not be a peaceful one if the New York Times story is taken seriously.