Lost in Costco’s parking lot? Google to the rescue

Just in case you’ve ever felt trapped in Costco’s parking lot, Google can help you out. 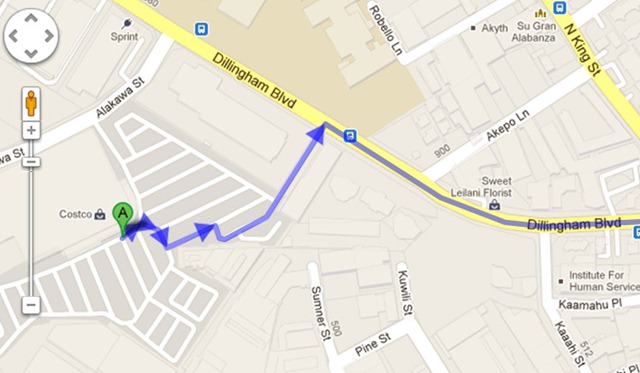 I was curious whether it would be faster to go across town from Costco Iwilei via King Street or via Nimitz Highway, so I plugged the locations into Google and got the map above. It’s detailed directions for which lanes to use to escape from their parking lot.

And yes, the verbal directions say go so many feet to the right, then to the left, then right, then left.

One day I got so upset by the traffic around Costco, I hit the freeway, went to the Mililani Costco, and then the beach on the North Shore . . .