A message for Hawaii in Desmond Tutu’s talk? It seemed so to me

It seemed to me, listening to Archbishop Desmond Tutu Saturday, that he had brought a message to Honolulu that we needed to hear—our state and city government, that is. Of course, that’s my own reading into his talk.  I know that. Still, this Nobel Peace Prize winner and world-renowned activist chose the message appropriate to his visit. It really is up to us to interpret his words—and he did say that.

I found myself wondering whether the Governor, Mayor and members of the City Council might be in the audience at the Cathedral of St. Andrews. If not, perhaps they’ll peek at the video snip below.

I started at the point Tutu began his development and let the clip go until a natural stopping point. I feel badly snipping this at all, and hope that the event organizers will one day post the entire video on-line.

In his talk Tutu briefly mentioned Occupy. But I think this is enough for today.

I’d like to take this opportunity to post a few pics of St. Andrews for those not reading this in Honolulu.

The cathedral has always been a very special place for me. When I walk to or from the State Capitol I always walk through the magical arches on the Ewa side. If I have my camera with me, I take yet one or two more pictures, hoping to find that magical angle or unusual play of light and shadow. I notice the bell tower even though I’ve seen it a hundred times.

On the way back from the Legislature, walking through the grounds restores my sanity and erases the conflict and shallowness of a day spent engaging the so-called democratic process. It washes away the accumulated detritus and lingering depression like some magical TV commercial dish soap.

Inside are some unusual stained glass windows, and above the main entrance door you might recognize the hand gestures called “mudras” in Far-Eastern religions.

On Wednesdays the cathedral hosts a noonday concert (which actually begins at 12:15). The acoustics resonate with and reinforce the sonorous tones of the powerful organ which St. Andrews is known for. I never see young people inside. Perhaps they have come to believe that music is the tinny sound produced by those tiny earbuds hooked to their iPods.

The first two pictures are public domain images from Wikipedia, and the rest are mine. In the second picture, the stained glass image over the front door, note Jesus on a surfboard at the upper left. Click images for larger. And yes, I take more photos of the arches than of anything else. Visit St. Andrews for yourself. Stand there. It’s cool, quiet, a different world. 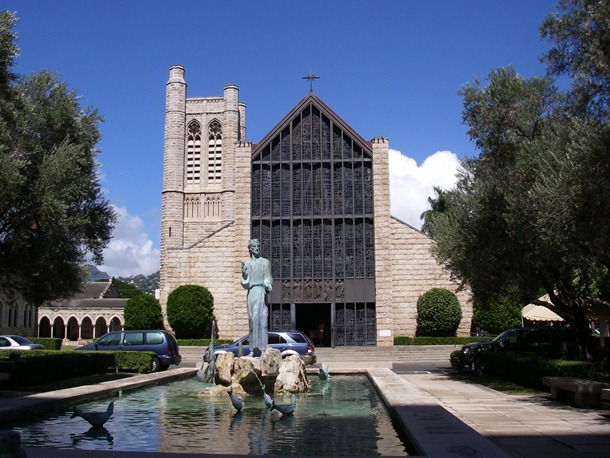 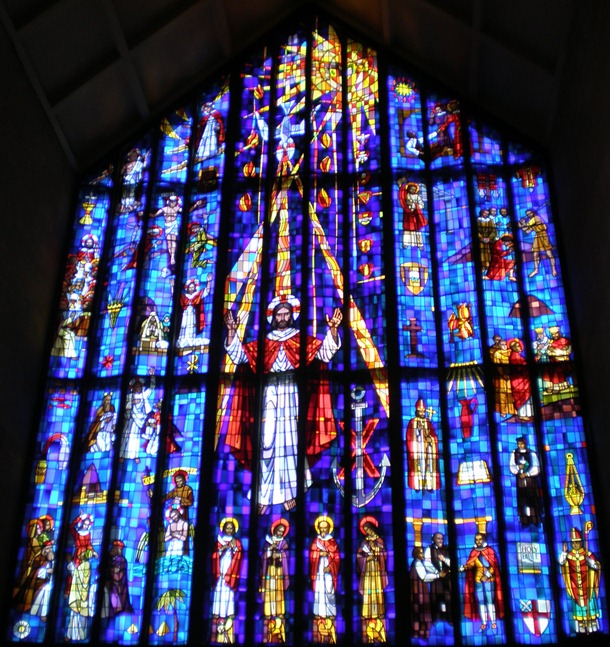 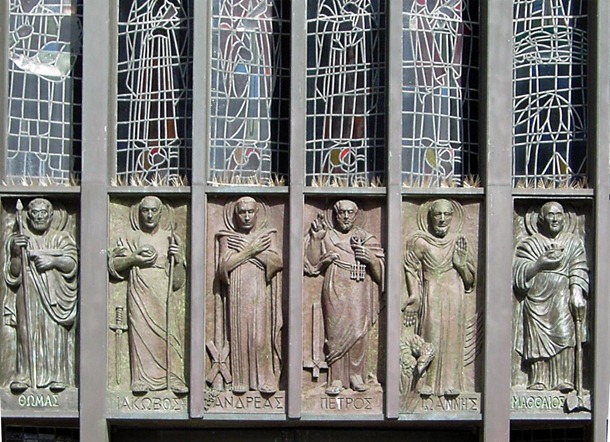 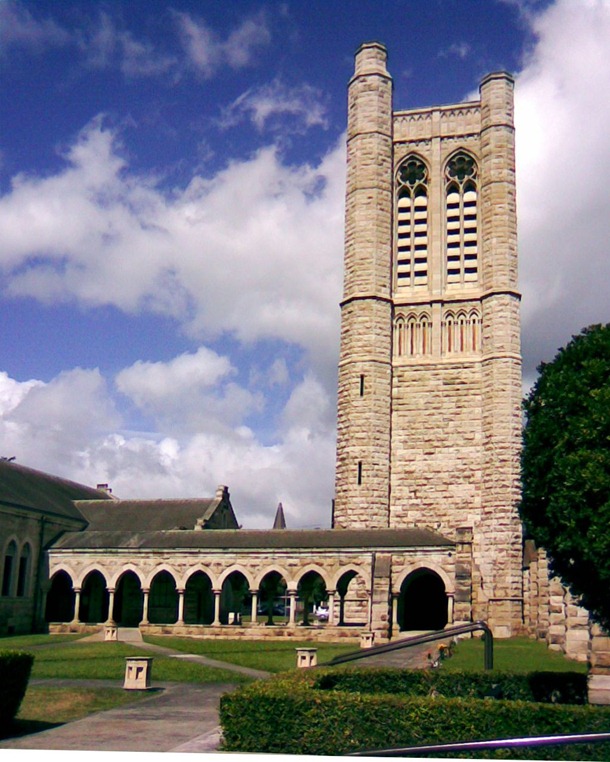 Leave the traffic of Beretania Street behind you 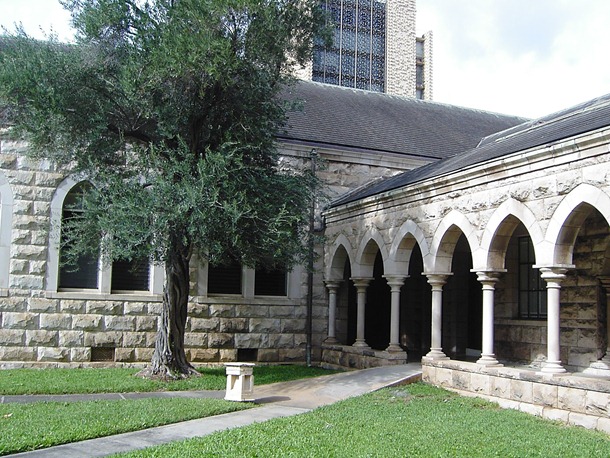 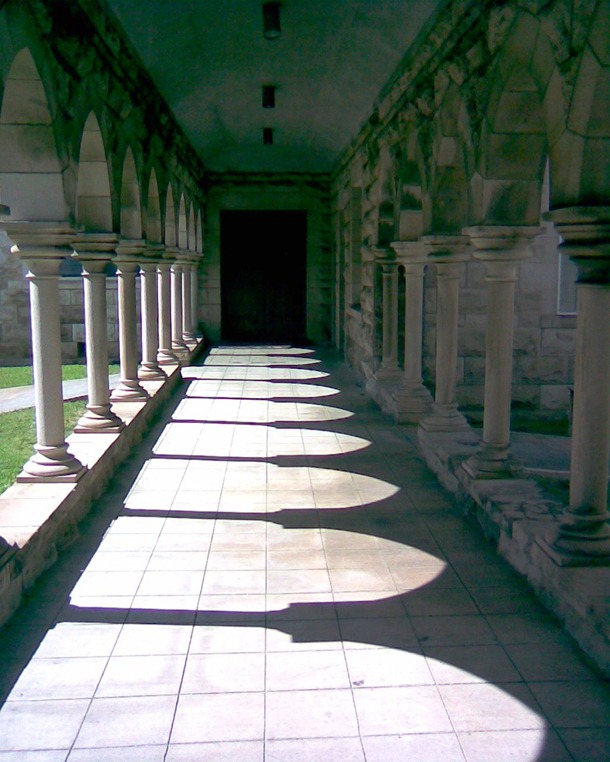 Entrance to the bell tower 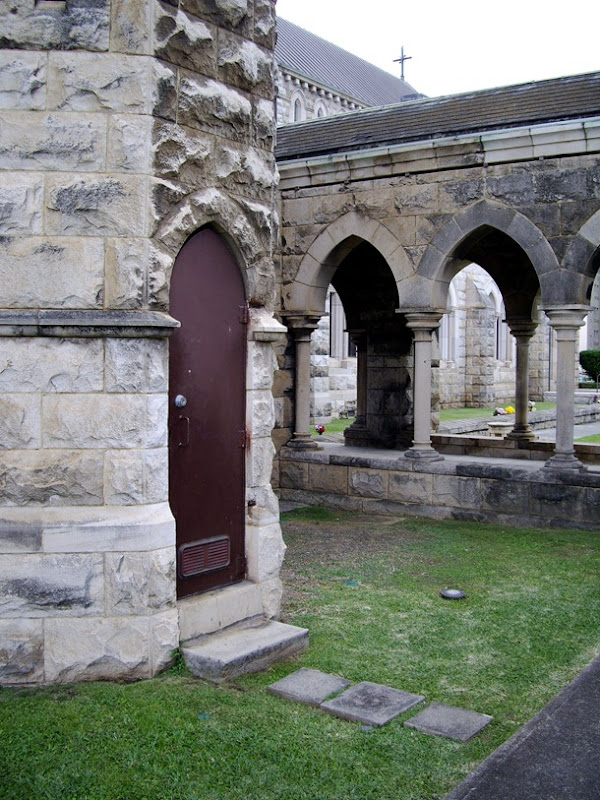 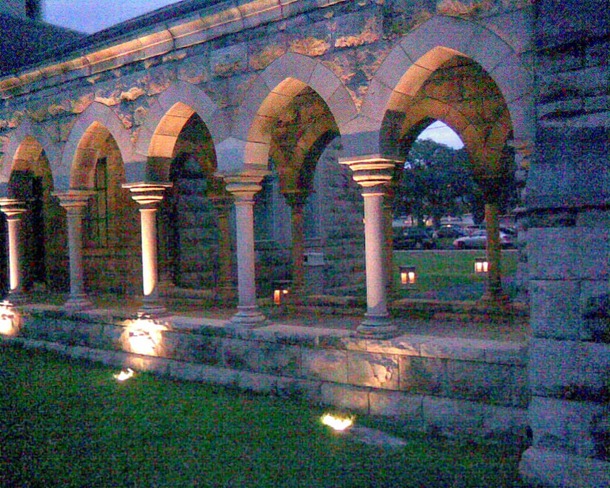 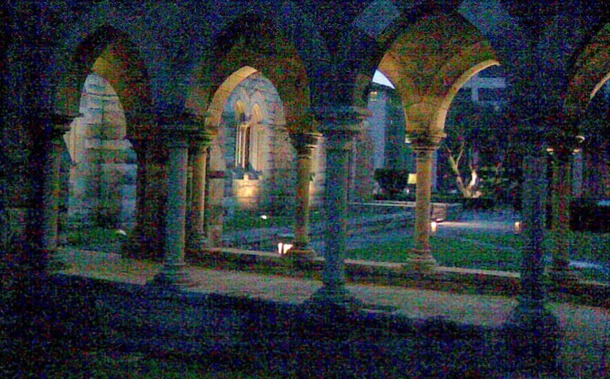