I interviewed Clare Hanusz, an attorney who represents many of the Thai workers affected by the human trafficking cases filed in federal court in Honolulu. The video is below.

On Friday, July 20, 2012 the US Department of Justice filed a motion to dismiss all charges against Global Horizons defendants in what was billed as the largest human trafficking trial in US history. Earlier in the year a similar case against Aloun Farms owners was also dropped after it was discovered that the federal prosecutors made an error in instructing the grand jury. 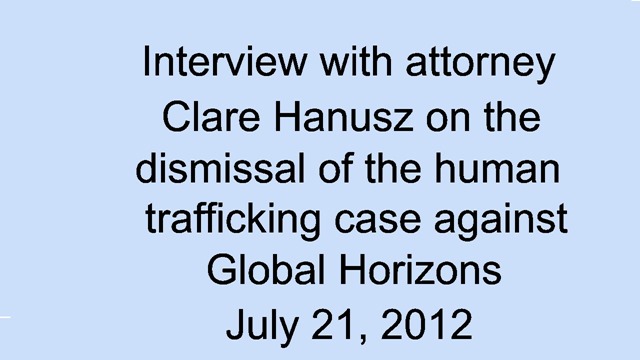 This case is different—it is a civil, not a criminal case, and alleges discrimination in employment as described in the complaint. It could result in payment of money damages to the affected workers.

Do you know if it was dismissed with prejudice?