@Pierre, time to take those signs down

If you are headed to the beach through one of the many beach access easements in the state, ideally you’d like to see something like one of these—a sign pointing the way, or at least an open and inviting road. After all, by Hawaii law, the beaches belong to all of us, and access is guaranteed:

It wouldn’t have to be a fancy sign. It would also confirm that the particular landowner is following the law and is being a good neighbor.

Well, on Kauai, journalist Joan Conrow has been following a growing controversy over beach access denied. Instead of a welcoming or at least a directional sign, here is what beachgoers are confronted with: 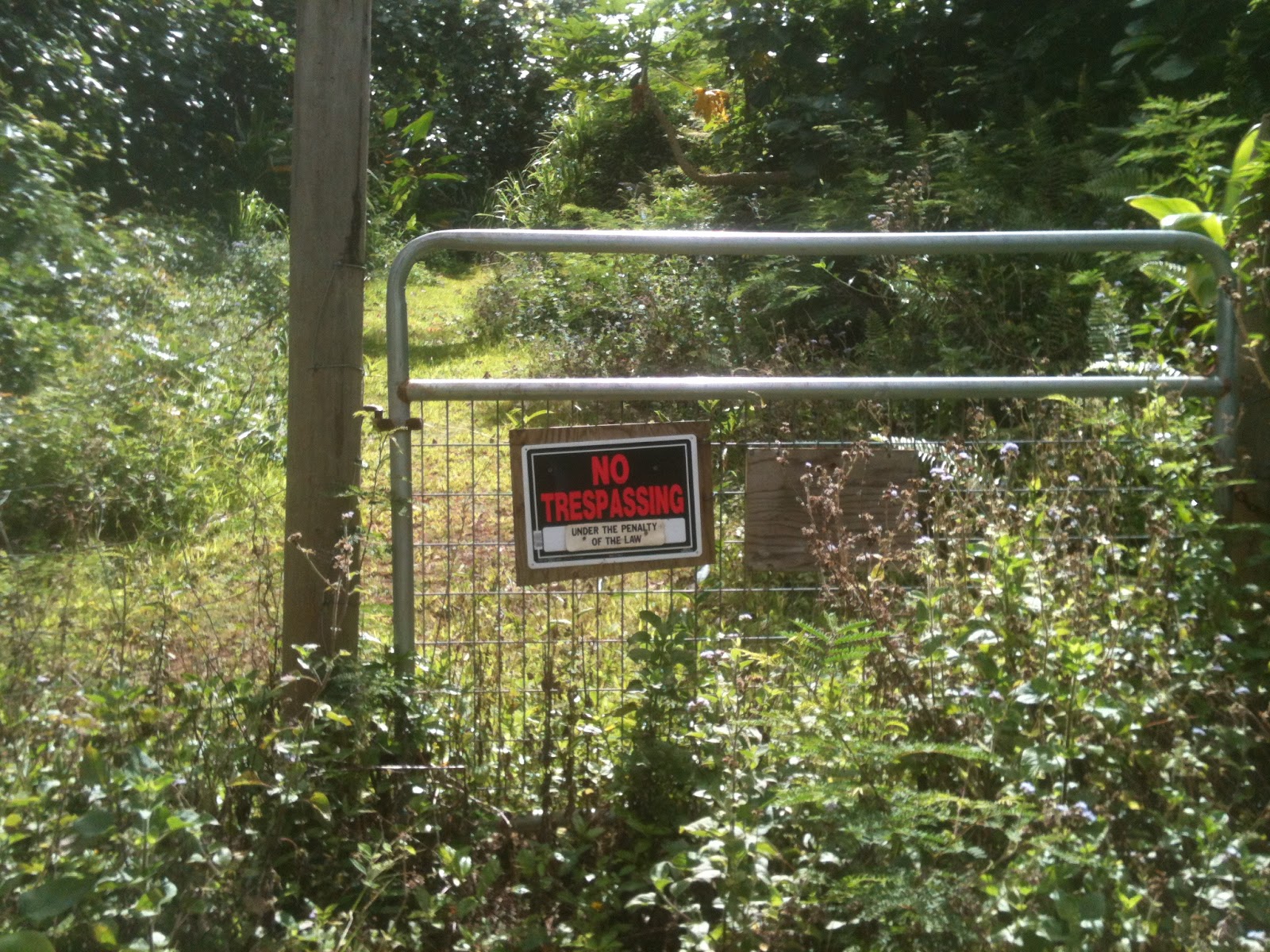 Does this fulfill the requirement that an easement for beach access be provided? Well, I can read. It says No Trespassing. The above photo is on the beach end. From the roadside, the hopeful swimmer, fisherperson or family with kids is confronted by this intimidating double barrier: 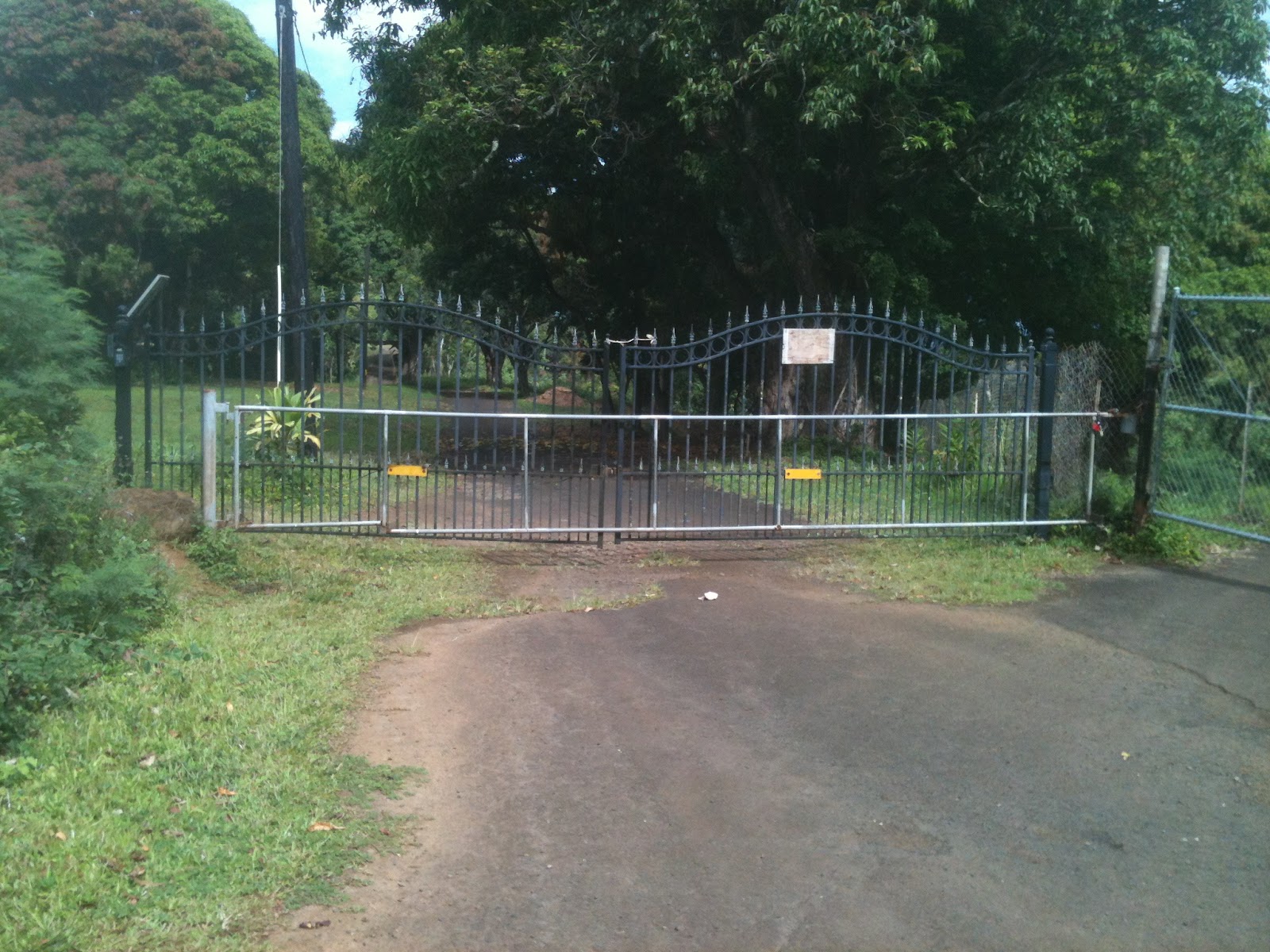 I can’t make out what the sign says, but I doubt it’s E komo mai (Welcome).

Look at those spikes!

Joan’s articles can be found here. They also note that initially vehicles would be towed away if parked on the road nearby. As I understand it, beach access is a right of anyone, not just those who live within walking distance. And there is a suggestion that a security guard may have been stationed at the right-of-way specifically to thwart public access—read Joan’s articles.

Ok, so we have a not-so-unusual, and somewhat ugly, situation wherein it appears that a landowner does not want to grant the beach access previously agreed to. It happens often enough. What makes this blockade different?

Joan writes that the property is owned by

Joan discovered that the land in question is owned by the same Pierre Omidyar (@pierre) who advises his 410,832 Twitter followers to “Be you. Be cool.”

In this enlightened age of instant social media communication, anyone can tweet a message to @Pierre about maybe being a good citizen in addition to being cool.

@Pierre, time to take those signs down.

I heard Larry Ellison asked Pierre where to get some of those signs. 'Course Larry wanted ones that can be strung together and float around Lana'i.