As you probably know already, the Supreme Court has upheld the Affordable Care Act.

CNN and Fox couldn’t figure it out, though. In a massive Fail, they both initially announced that the court had struck down the individual mandate. 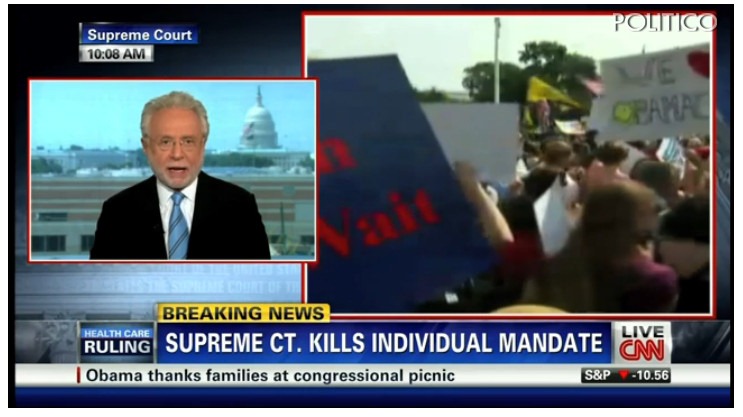