For May Day news, find alternative to the daily paper

Nationwide, the commercial press has imposed as much of a blackout on Occupy news as it can get away with. Our own Star-Advertiser is no exception.

Yesterday, May Day, was a big day for protests in many US cities and other countries, but all the S-A brought us (and I have a right to complain, I pay for a subscription!!) was one picture of a women allegedly hitting a police officer with an umbrella in Portland, OR.

Even allowing for a deadline, there was plenty of news besides the umbrella thing that could have appeared in the paper.

There is coverage on the Internet, and of course if you followed tweets you were practically there with the demonstrators.

An overview is on the Democracy Now website in three segments (with video and transcript): 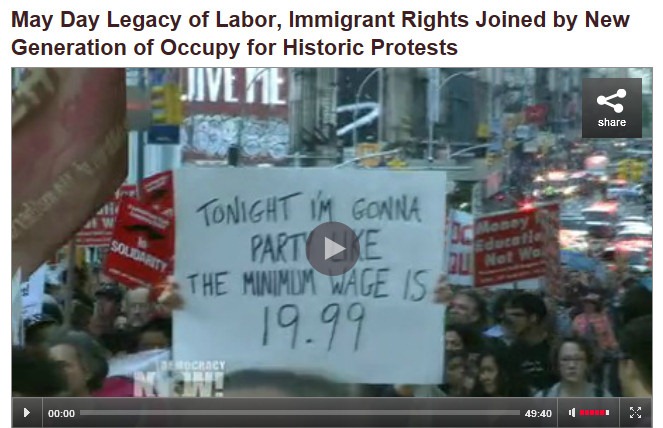 Yes, the local news coverage was shameful. Thanks for Democracy Now availablity on Olelo, Larry.