I received a couple of emails on my previous rant on trust in state legislators. 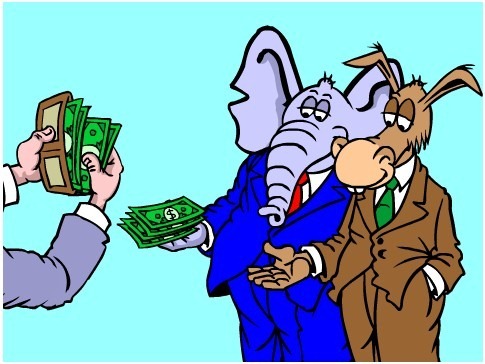 To clarify, the theory is that the Citizens United effect is that legislators will be rewarded by future campaign contributions towards the November elections based on their support of corporate interests now. It’s happening nationwide.

State legislatures have passed outrageous laws because the influence of their constituents is waning as the support of corporate and special interests increases. People have no time to earn a living, care for their families, and spend time fixing government on top of everything else. Corporations, on the other hand, now have the incentive to spend more time (and money) courting political influence.

It’s a huge problem for American democracy. On the local scene, it means that state legislators (here as elsewhere) pass corporate-friendly laws expecting to be richly rewarded between now and November. If they don’t produce for the biggest donors, their opponents will benefit, not them.

We need to be on guard and question legislators as individuals who are pushing for environmental law exemptions, or who have strained customary procedure to benefit large insurers or who ignore overwhelming popular testimony and move objectionable bills forward. The “legislature” doesn’t pass bad laws, individual legislators do.

Money certainly influences elections, but voters still have the last word. Democracy isn’t dead yet. So send that email, or call your representatives. Today, if possible, given the legislative calendar.