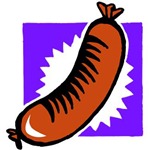 A couple of nicks would be hacked into Hawaii’s open records law if the bill that passed the House Committee on Labor and Public Employment today survives to become law. The Committee also added a special headache clause into the bill. (At this writing, the Capitol website does not yet include copies of testimony or the text of amendments to the bill.)

HB1356 sought to restrict information about public worker employee salaries and other details of employment that are currently public records. The bill was likely introduced in response to concerns after a massive initial posting of employee information by Civil Beat on September 14, 2010. More on the background follows below.

After receiving testimony and questioning several of us, the Committee chair, Rep. Karl Rhoads, agreed with testifiers such as Common Cause that the release of names and salary information is important to maintain government transparency, but decided that information on education, training, background, and previous employment experience should be withheld. Several testifiers reported, on being questioned, that they know of no cases of identity theft as a result of the availability of the information up to now.

The information Rhoads wishes to withhold could, indeed, reveal situations of nepotism, abuse or cronyism, and so his amendment represent a degradation of information available to watchdogs and the public.

But the real headache will be his exemption for victims of domestic violence. Certainly, victims would not want their addresses released, for example. The exemption is well-intended, but probably unworkable.

What will the state do the next time Civil Beat asks for the information for all employees—will they question each employee as to whether they are a victim of domestic violence? And suppose the information is redacted to protect these addresses—wouldn’t that be the same as “outing” a person as a victim? Many people do not want it known that they have experienced domestic violence, for a variety of reasons. If their name is the only one in the office not released, then since there is only one exemption (undercover police are actually another), they will be fingered as victims.

But this is how sausage is made.

The first reference is to the original Civil Beat data dump. The website was still behind a paywall and the data was posted with an obscuring watermark.

Testimony, when posted to the Capitol webpage, will appear on the bill page here.

While I understand the position Commom Cause is taking let us not forget these people who are working for the government are employees working for remuneration exactly like people in the private work force. The idea that they should be treated like second class workers is actually a conservative idea that Commom Cause has bought into. We have created rules, regulations and penalties to reduce the chance of favoritism in government. That is the best way to deal with this issue. A witch hunt which assumes everyone is guilty until cleared by Common Cause is not appropriate in a country ruled by the US Constitution. The real problem with government the way we finance elections. Favoritism in government is a symptom of special interst buying politicians. Leave the hard working government workers alone and work towards publicly financed elections.


The real problem with government in Hawaii is cronyism and influence-peddling. I support anything that shines the light on all aspects of Hawaii state government. I am a public employee - why would I object to open records?


If you (government worker) are working for ME, the tax generator, the producer, paying your wages and benefits, then it is very simple, I DEMAND to know who you are, what you are doing, and what you are getting paid in wages and all other benefits now and in the future.

What part of "basic" needs to be explained further.


Nope, government workers are working on your behalf as a citizen of the State of Hawaii, they are not your employees. They should have the same rights as any other person working a job.