Pardon my French, but is this Honolulu?

New York is not Paris is not London. Each city is special in its own way. Paris has its je ne sais quoi, and they wouldn’t dream of messing with it, whatever it is. London is Oxford Street, Piccadilly… New York is Times Square, the Boardwalk and the endless variety of ethnic foods in Queens. Portland is the Rose Garden, a stroll along the river, a good meal, a few drinks, Marionberries and hazelnuts to entice visitors into the shops.

Paris wouldn’t dream of putting an ugly train up on posts near the Notre Dame. Montreal would spit on the idea bilingually. Rome knows that thoughtless city planning would be an affront to the Coliseum and the living history that distinguishes that city.

So what’s wrong with Honolulu?

At base, we, the people, have left city planning to the politicians, who in turn are beholden to the development-industrial complex.

650-foot-tall buildings? A train whizzing past lanais in Waikiki?

How out of touch our leaders have become.

But I don’t blame them entirely. Until we, the people, decide what we want this island to represent and apply pressure, the developers call the shots.

Take away a little farmland here, pave over some more green area there.

Before you know it, Honolulu will be covered with asphalt, will run out of water, will be importing more coal and oil, and will lose its attractiveness to tourists. We will have squandered our ethos. A beautiful place will be transformed into an aesthetic nightmare.

This is nothing new. Most people are unaware of the history of the Ala Wai Canal, for example. It was the idea of powerful businessmen who wanted to make Waikiki suitable for development. By draining and so destroying farmland, Native Hawaiians could not continue to live there. It was like a big eviction notice.

Times have changed. Anyone can “visit” Paris on the Web, if not in person. The library still has books with pictures of the Eiffel Tower and the Champs-Elysees. That avenue even has its own Web page.  If you haven’t been there in person, 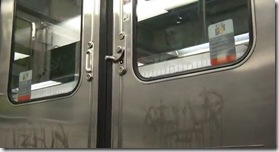 it’s hard to explain how carefully France has maintained the architectural beauty and preserved the cultural richness of their capital city.

As to their transportation, look how civilized the Metro doors are, with handles that need to be turned in order to board or leave a car. If no one is getting on or off, the inside remains quiet and warm in winter.

Oh, they have public toilets in Paris. Now that’s civilized. We prefer that our homeless population just choose their own special places to pee.

Back home in Honolulu, if a developer wants to displace farmland, why, heck, be our guest. If a condo wants to cut a city street in half, sure, why not.

The juxtaposition of a plan for one or more giant buildings and the ugliest form of transportation a city council could possibly dream of, should shock us. Our government is proposing to destroy what makes Honolulu unique. Sure, the destruction has been well underway for a long time, but this could be the coup de grâce, if you’ll pardon all this French.

We should all keep in mind that without tourism, this island could descend into poverty. I’m not at all thinking of the tourists, I’m thinking of us. Tourists will always have places to go, but the economic viability of Hawaii depends on preserving, if not enhancing, the very characteristics of this place that development is on a course to destroy.

If city planning involved us, the people, we would most likely do it differently. That’s my answer every time someone asks me why I am anti-rail. I’m not anti-rail. I just don’t think that we should be excluded from the process of urban planning. If we were allowed to participate in the process, I doubt we would do it this way.

So if we don’t do something drastic, it’s just a question of time before travel magazines write finis over this place and we’ll wish we had spoken up while we had the chance.

Before you know it, Oahu will be like Hong Kong, but without business interests, ouch
Wake up, time to go

For some time now, Paris has been bringing back street level trams. They are enjoyable to ride and easy on the scenery. Why Honolulu did not consider something like that instead of the monster they are getting ready to build is disconcerting.


Well stated, Larry. Some people seem hell bent on destroying the reason to visit Oahu. I think that we are at that point now.


An example of putting control over large sums of money into the hands of people that have no comprehension of money.
The mentality is: How much is in the pot? None? Is there another pot to take from?
Because we need to spend spend spend. Doesnʻt matter how we spend.


Larry, what does "importing more coal" have to do with Honolulu? And what if there were a disruptive technology whereby the more Hawaii burns coal the more *negative* its carbon footprint (vs. carbon *neutral* for renewables) to save the planet from global warming?