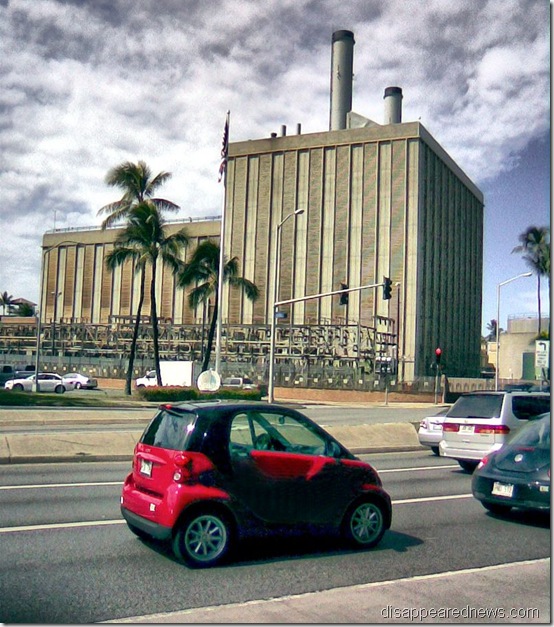 Henry Ford would recognize the Smart Car in the foreground. It’s not any technology that’s radically different from the cars he used to produce. He would admire its design and of course its fuel efficiency.

Thomas Edison would easily recognize the HECO power plant in the background. Burning fossil fuel to rotate generators is as much the heart of today’s dinosaur electrical generation system as it was in his time. He would easily recognize our power distribution system from the circuit breaker yard in the picture to the overhead power lines that are our modern, yet antiquated, island-wide power grid.

The guy in the Smart Car is smart. When will we change the rest of this picture?

That thing looks like a death trap...a metal coffin...a tin can with wheels.

Can't shop at Costco with that thing. I'd consider it a "covered motorcycle" more than a car, and just about as unsafe.

I know you won't post this, but you'll read it.