A Future based on which values?

The anti-globalization Moana Nui 2011 will focus on the Pacific Peoples, Their Lands and Economies. The  alternative conference is sponsored by Pua Mohala I Ka Po and the International Forum on Globalization (November 9-11, 2011)

In addition, there will be the Asia Pacific Clean Energy Summit and Symposium  (September 13-15, 2011). Two prominent members of the board of Ku`oko`a (the entity seeking to usurp HECO) will be speaking, although both have pledged not to discuss the HECO take-over.

The Moana Nui 2011 web site states that the Pacific rim “nations are an increasing focus of geopolitical competition and economic stresses. Struggles for national sovereignty and cultural viability bring about rapidly expanding campaigns toward economic self-sufficiency. These campaigns challenge the legacies of colonialism, continued militarism in the region, growing trade and development conflicts, and corresponding environmental degradations. Whose interests are advanced in these struggles? Whose views are served? What are the dominant economic interests in play? How do we take control of our future? Which is the best way forward—convergence or resistance?” 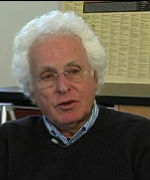 In 1996 Sierra Club Books published an anthology of essays edited by Jerry Mander and Edward Goldsmith, The Case Against the Global Economy, and For a Turn Toward the Local. Jerry Mander and Koohan Paik were the authors of “The Superferry Chronicles: Hawaii’s Uprising Against Militarism, Commercialism, and the Desecration of the Earth.” The New York Times stated that Mander is “the patriarch of the antiglobalization movement”.

Jerry Mander is the former program director for the Foundation for Deep Ecology, and is the former founder and executive director of the Public Media Center. Back in the 1960s Mander was president of a major San Francisco advertising company before turning his talents to environmental campaigns that kept dams out of the Grand Canyon, established Redwood National Park, and stopped production of the Supersonic Transport. His books include Four Arguments for the Elimination of Television (1977), In the Absence of the Sacred (1991),  and Alternatives to Economic Globalization: A Better World is Posssible.

The KKCR Sustainability Show (February 5, 2010) featured Jerry Mander discussing a report co-produced with the Post Carbon Institute and authored by Richard Heinberg entitled, "Searching for A Miracle - Net Energy Limits and the Fate of Industrial Society.” 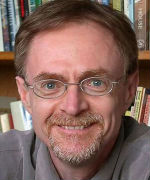 Richard Heinberg is the author of ten books, including The Party’s Over, Peak Everything, and the soon-to-be-released The End of Growth and serves as the Senior Fellow-in-Residence with the Post Carbon Institute. He may be best known as a leading educator on Peak Oil. 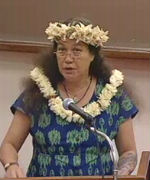 Mililani Trask
Mililani Trask is the Vice Chair, General Assembly of Nations, Unrepresented Nations and Peoples Organizations (UNPO) and a consultant to IDG, which promotes a Native-to-Native model for local geothermal development. 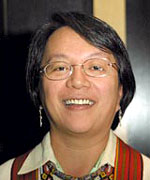 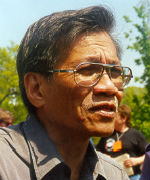 Walden Bello
Walden Bello was awarded South Korea's Suh Sang Don Prize in 2001 and given the Right Livelihood Award (2003), also known as the Alternative Nobel Prize. He  is an Akbayan Representative in the 14th Congress of Republic of the Philippines. He is also a senior analyst of Focus on the Global South and professor of sociology at the University of the Philippines, and is one of the leading critics of the current model of economic globalization, combining the roles of intellectual and activist.

Walden Bello was studying in Princeton for a sociology Ph.D. in 1972 when Ferdinand Marcos took power. He took the risk of breaking into the World Bank headquarters in Washington, and brought out 3,000 pages of confidential documents which provided the material for his book “Development Debacle: the World Bank in the Philippines” (1982). The book  became an underground bestseller in the Philippines and contributed to expanding the citizen's movement that eventually deposed Marcos in 1986.
As a human rights and peace campaigner, academic, environmentalist and journalist, and through a combination of courage as a dissident, with an extraordinary breadth of published output and personal charisma, he has made a major contribution to the international case against corporate-driven globalization. 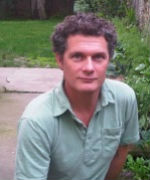 Victor Menotti
Victor Menotti was the first employee (1994) and then became  the Executive Director (2009) of the International Forum on Globalization  (IFG). He is the author of “Free Trade, Free Logging: How the World Trade Organization Undermines Global Forest Conservation” and “The Other Oil War: The Halliburton Agenda on WTO Energy Services.” 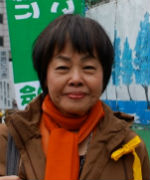 Suzuyo Takazato
Suzuyo Takazato is a long-time Japanese feminist peace activist who has analyzed the interplay between sexism and militarism from the experiences of women in Okinawa. Her work has inspired global feminist peace movements for structural understanding of violence against women. She helped create Okinawa’s first rape crisis center to provide hotline and face-to-face counseling to victims of sexual violence, and in 1995, her activism led to a large-scale protest by people of Okinawa against US military bases. Ms. Takazato is an inspirational and internationally recognized Asian feminist activist, a four-term Naha City Councilwoman. 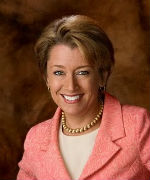 Lori M. Wallach
Lori M. Wallach has been director of Public Citizen's Global Trade Watch since 1995. She is an expert on the operations and outcomes of trade policies such as NAFTA, WTO, CAFTA and more. She is steeped in the domestic and international politics of current trade negotiations and disputes. Wallach works closely with Congress and civil society, scholars, and activists in the U.S. and developing countries to foster the growing debate about implications of different models of globalization on jobs, off-shoring, wages, the environment, public health and food safety; equality and social justice and democratically accountable governance. Wallach has appeared on CNN, NPR, ABC, CNBC, Fox News, PBS, Bloomberg TV, BBC and C-SPAN, and has been quoted extensively in publications such as The New York Times, The Washington Post, The Wall Street Journal, Financial Times, USA Today, BNA, and The National Journal. 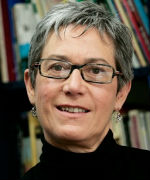 Jane Kelsey
Jane Kelsey is one of New Zealand's best-known critical commentators on issues of globalization, structural adjustment and decolonization. She has taught at the University of Auckland since 1979, specializing in socio-legal studies, criminology, policy and international economic regulation.
She travels extensively talking on the New Zealand experiment and globalization, especially the GATS, to a wide range of audiences and is an active member of a number of international coalitions of academics, trade unionists, NGOs and social movements working for social justice.
Jane Kelsey is the author of numerous books and articles on the neoliberal restructuring of New Zealand since 1984, including the best-selling 'The New Zealand Experiment. A World Model for Structural Adjustment?'. Her latest book on globalization is “Serving Whose Interests? The Political Economy of Trade in Services Agreements” (2008).