In coordination with the military over a dozen cutting edge energy research projects were presented. Here are a few of them.

California Energy & Power has developed a vertical axis wind turbine. The wind system uses a concentrator to increase wind velocity during periods of low wind, and to decrease the speed during periods of high wind enabling to maintain power production at wind speeds between 5-70 mph. The system is currently undergoing tests at 29 Palms Marine Corps Base in California.

Michael Allawos, President and COO: “Horizontal axis wind turbines have issues with false radar signatures, need lots of land, they have  wildlife concerns and transmission concerns, and the wind turbines that are out there in the vertical space are simply large ... Our elegant solution is simple in design and sophisticated in control basically we've taken an airplane wing and we've turned it up vertically and we control it with an anemometer, a wind vane and a PLC. So we control the air flow into the turbine, and were blocking the air on the return side, that's an inherent problem with vertically axis wind turbines.”

Doubling the wind speed cause an eight-fold increase in wind power.

“We're about 15 feet off the deck from the tower and 50 feet up in the air. ...We can dense pack these units together and one unit will play off the other. We are a push device not a lift device so we can take turbulent air as opposed to horizontals which are typically lift devices. We get more power per acre, about ten times, than the large horizontals.”

Almost all of the components (95%) are made within the U.S. The magnets come from mainland China. The factories can be located anywhere and can be part of a commercial contract.

Everyday we waste energy on an enormous scale. It has been estimated that over half of the energy used in the U.S. is lost as heat. Power plants and nuclear plants create mostly heat and some electricity. The heat is removed with cooling water. Hot water is a waste product from washing machines and dish washers. Personal computers have fans to dissipate the heat from the internal mechanisms. Car tailpipes discharge hot gases.

Adjacent to Aloha Tower one can look into the water and see the hot water pouring out of the pipe from the Honolulu Power Plant. Over 90% of the output of a traditional light bulb is heat, and that often requires air conditioning to remove.

Some of the heat can be recovered and used, especially heat at higher temperatures. In some cases HECO attaches a steam recovery unit to a pair of generators. These combined cycle units have different technological characteristics which must be dealt with in managing the grid.
Using energy (electricity) to get rid of energy (heat)  via air conditioning and water cooling is wasteful.


“Power plants, be they stationary or vehicle, are typically not very good at squeezing the last few BTUs (British thermal units—used to measure heat created by the burning of any material) out of their fuel source,” noted Serge Randhava, president of Unitel Technologies. “Much of this lost potential is simply blown up the stack or out of exhaust pipes, in the form of low-level waste heat. The volumes of this thermal energy are unfathomably large, but the temperatures are low, and conversion of low-level heat sources into usable electric power can be difficult,” he added.

Scott Hunter, head of a U.S. Department of Energy’s Oak Ridge National Laboratory (ORNL) team noted that “In the United States, more than 50 percent of the energy generated annually from all sources is lost as waste heat so this actually presents us with a great opportunity to save industry money through increased process efficiencies and reduced fuel costs while reducing greenhouse gas emissions.”

In the 1980s there was a proposal to build an OTEC plant next to the Kahe Power Plant to take advantage of this hot water. The plant would have been located just off shore and would have been very visibly intrusive.

Ener-G-Rotors (Waste Heat Recovery)
An alternative approach is being developed by Ener-G-Rotors. The company seeks to re-purpose low temperature waste energy. Ener-G-Rotors CEO Michael Newell spoke at the APCE Conference and afterwards I had a chance to interview him. 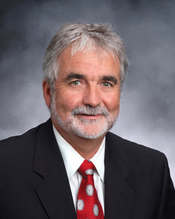 “The Gen4 is a 40-60 kW heat to electricity appliance. Our initial target is waste heat from industrial sites, a $7 billion market.  We turn low temperature heat, into carbon-free electricity, from sub-kilowatts to 60 kilowatts, with a levelized cost of electricity of about 3 cents a kWhr. The problem is that energy conversions are inefficient. When you turn fossil fuels into energy about about 40-60% of that energy is lost as waste heat. Of that waste heat, according to the EPA, about 60% of that is low grade waste heat, most of this just gets thrown away. ...The current technologies are limited. Turbines are pretty much state-of-the-art for converting heat to electricity and they are great for large, high temperature heat flows, where you can create 1, 2, 3, 5 MWs of energy. But when you start to try to match these lower temperature smaller heat streams, turbines get to be very inefficient ... [our unit is] very simply, 11 parts only two of them move. But it's tremendously efficient in turning ...[gas] into mechanical energy.”


The New York State Energy Research and Development Authority (NYSERDA) tested the units and found that “the company economically generates electricity at temperatures and sizes that previously was not possible.”


Without getting too technical, Ener-G-Rotors converts waste heat into mechanical energy. The GEN4 units are self-contained, small, built domestically, and do not involve the use of trace minerals. Currently the units are being developed for the industrial market, however Mr. Newell told me that he hopes to be able to crack the residential market in a few years.

The Gen4 units do not contain trace minerals.

Wireless telecommunications is transforming the communications world. Energy delivery has not changed much in 100 years, from interconnecting devices to space flight.

One of the difficulties of launching satellites and rockets into space is the weight of the fuel. An alternative approach is to coat the bottom of the ship with a large array of photovoltaic panels, and then to beam ground-based energy to the panels. Various schemes have been considered including radio waves, microwaves, and lasers. The beam must accurately hit the panels moving through space. The beam must not hit other things and not lose strength.

LaserMotive has demonstrated invisible extension cords at the short range.  Scott Milburn, LaserMotive Chief Operating Officer (COO) discussed how his technology could aid an  “eyes in the sky” unmanned aerial vehicle (UAV): “If you have extra battery power on the UAV it can actually fly off, stay for an hour and a half, and come back  for a half hour to recharge if it has a two hour battery air to ground we can actually mount the transmitter on a high altitude aircraft or on a helicopter and beam power down it you want to charge, recharge sensors.”
Dark Biofuel

I had a chance to talk with David Heerwald Leonard. He is currently a consultant to Solazyme. The firm is going against the industry norm of propagating algae using sunlight (photosynthesis). Instead, Solazyme uses proprietary (genetically engineered?) heterotrophic microalgae that grow in the dark by consuming embedded sunlight found in sugar.
In past lives David Leonard was Vice President, General Counsel and Secretary at Tesoro; President and Founder at Aluvion Energies LLC; and Chief Operating Officer at Imperium Renewables.  Imperium Renewables was to refine Malaysian palm oil in Seattle and then ship it to HECO to be burned to generate electricity. This palm oil proposal was defeated by Life of the Land.

Another firm working on alternatives to photosynthesis-based ethanol is LanzaTech. 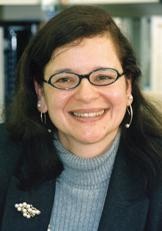 Dr. Jennifer Holmgren, CEO, LanzaTech: “We convert waste gas streams to alcohols, diesel, jet fuel, gasoline ...your used to the fermentation of sugars. organisms that can take  carbon and energy from a sugar molecule. ... we don't have anything to do with sugar, we actually start with carbon monoxide ... and what our organism does is it gets it carbon and its energy from that CO molecule, it never has to see sugar molecule, and  it makes ethanol just like your used to with yeast to make beer. So, the beauty of this is it's completely outside of the food chain. The other beauty of this is that there is plenty of feed stock available. ... There are an awful lot of industrial facilities where there's CO gas that's just being emitted and it just gets flared, literally flared. There's energy just going up the stack and being converted to CO2. ...We have looked at the global steel industry alone, not all industrial sites, just steel industry, and they emit enough CO, that we could easily make 30 billion gallons of fuel of ethanol per year. Okay that's not small. In the U.S. the number's over 2 billion gallons of ethanol per year. ...you can gasify biomass ... and we can capture the CO from that as well.”

The ideal steel mill is one that produces raw steel using a blast furnace. These are mostly found outside of the U.S. In the U.S. most steel production focuses on recycling steel.