Life as we know it has taken a pause. The tweets are coming in fast and furious, and the news of Osama Bin Laden’s death dominates the airwaves. It will dominate tomorrow’s newspapers.

Now is not the time for a blog post. I feel like going into a trance and absorbing the worldwide vibes. In just a moment I’m going back to staring at the computer screen.

But here are some tweets for you, snatched from Tweetdeck within the space of about two minutes. Below are NY Times headlines from September 11, 2001 and May 1, 2011.

It’s amazing how so many tweets have an honest typo substituting “Obama” for “Osama.” I’ve included just one, but I’ve seen a few so far.

People are going crazy everywhere. The tweets are in several different languages. 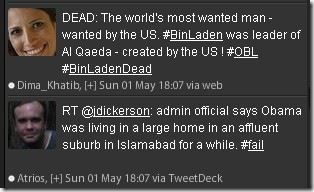 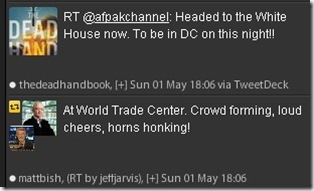 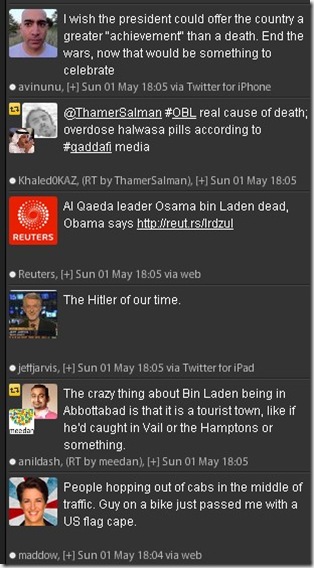 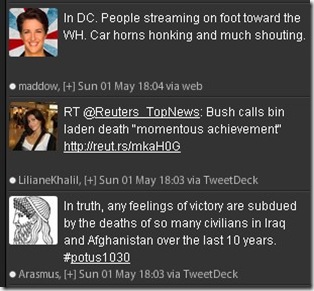 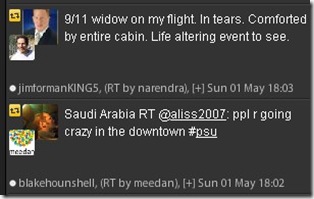 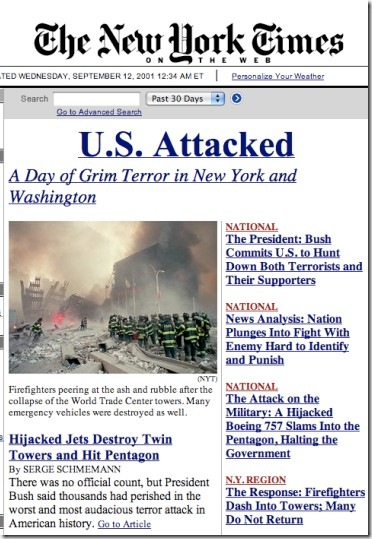 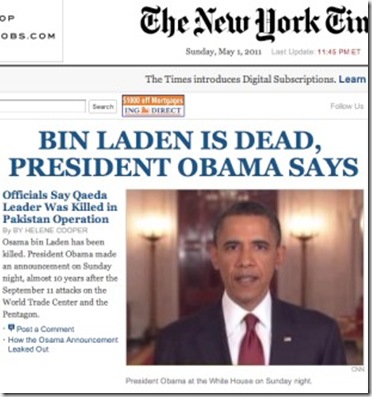