American beekeepers are struggling to remain in business even as the US government, with the assistance apparently of large retailer such as Costco, appear to be working against them.

Probably most people are familiar with “colony collapse disorder,” the not-yet-understood malady that is drastically reducing bee populations in many areas of North America.

Colony collapse disorder and other bee maladies are a clear threat to Hawaii honey production. But it’s not just honey. Bees are necessary to sustain agriculture. Without beekeepers and their armies of little pollinators, farmers would be missing the crops that depend on the bees. So it should be recognized that we need to keep both the local bees and their keepers in business.

“You can buy local honey. Local honey is available at stores only because there is a local beekeeper who went to the trouble of harvesting it, so the more beekeepers there are, the more honey there is. We [have], over the last twenty-five years, seen an alarming decline in the number of beekeepers. The interest is resurging, which is the best news for American bees, actually, more beekeepers!”

[VOANews.com, Scientist Working to Save Bees Is Winner of Environmental Prize, 5/25/2011]

The news would be really good in Hawaii if our local honey were not competing with illegally labeled, cheaper, and often adulterated honey. The “resurging” hasn’t started here, and it won’t if cheap imports can compete illegally.

Beekeeping is not a terribly lucrative business to begin with. When a big box store sells a cheap, illegally labeled import, it hurts domestic producers. American honey is supposed to be protected by Country of Origin Labeling (COOL) if sold in interstate trade. Like this honey you can buy cheaply at Costco: 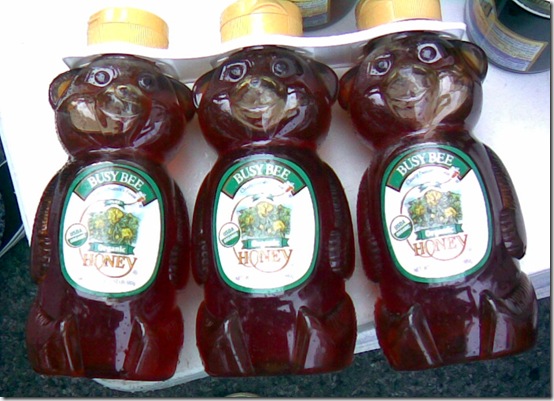 On the left side of the label is a little USDA seal. Here’s a blowup of that: 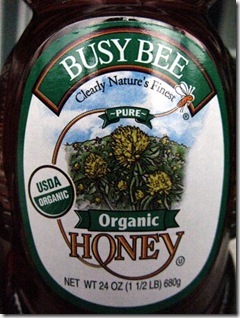 Since the label carries a “USDA Organic” seal, the regs require that it also say, on the same label, "Product of" followed by the country, or countries, of origin.

Without the country of origin, the assumption is that the honey is made in the USA. But this honey is not. And because of that, we can’t even trust that it is “Pure” as it says, because honey can be cut with sugar syrup or other adulterants. 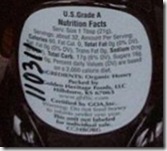 Here's the back label. Still no country of origin. It’s just the nutrition facts.

The customer has no way of knowing where this honey comes from.

A slightly indented stamp elsewhere on the bottle says “Made in Brazil.” It’s exactly the color of the rest of the bottle. If the manufacturer tried to hide this information, they could not have done better. In fact, it’s not clear whether just the bottle is made in Brazil or the honey as well.

What to do? Dr. Michael M. Kliks,  President of the, Hawaii Beekeepers' Association, is very concerned. He suggests that Hawaii should have its own Country of Origin Legislation, as several other states do (and thanks to Dr. Kliks for the two label pics)..

Until the next legislative session, though, if you are interested in supporting both beekeepers and sustainable agriculture in Hawaii, how about writing to the USDA to ask them to enforce their regulations, which they could easily do on a phone call to Costco.  Or write to Costco yourself and ask them to pull this illegal honey off their shelves.

For the USDA, here’s a contact, including phone number:

For Costco, here’s their corporate address and phone. Tell them that selling this illegal honey hurts all American beekeepers, including ours in Hawaii. Who to ask for? I usually start at the top. Hey, this is a violation of federal law, you’d think their CEO would be concerned.