When we lived there, many of the recent aftershocks would have been considered to be major events on their own. It was shocking to see the long list of seismic events posted on Japanese websites.

This is an Earthquake Early Warning site. Note that the “shindo” scale used in Japan is different from the scale used outside Japan.

Here’s the latest from the USGS. Magnitude 4.9 is no joke. 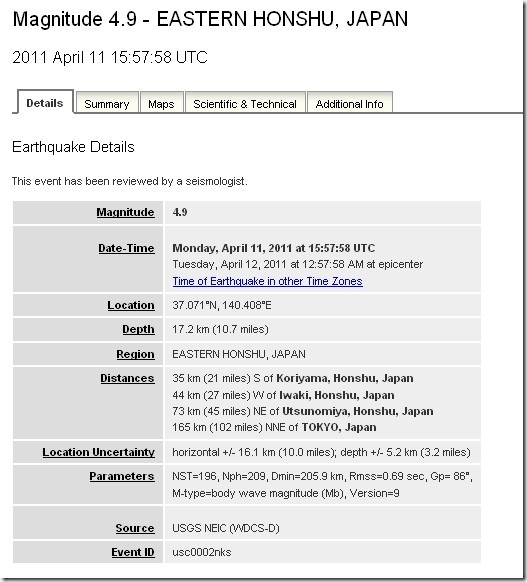 It must be traumatic for those living in or near the recently devastated areas to feel the ground shaking so frequently even now.

The real after shock is months and years down the road. When in the short run mother's give birth to babies with birth defects from radiation exposure and years later when their children succumb to thyroid cancer.


Yes, and present Japanese politicians know they will be gone when all that hits.