There’s even a video post of today’s House Judiciary hearing on an Italian website! That was fast.

The state legislature’s attempt to grab free meals and endless junkets has made news in Hawaii and even on the Mainland. It’s not quite as hot as the Superferry stories, but hot enough to get attention. Check out some of the coverage below.

In Hawaii, articles have appeared here and on several other websites including iLind.net, VolcanicAsh, Hawaii Reporter, Hawaii Independent, Civil Beat, Kanu Hawaii, Maui Tomorrow, and in newspapers including of course the Star-Advertiser. I’m sure I’ve left some out.

These articles get picked up around the country, and even on some international websites. They can read about this awful bill in Italy! It’s been tweeted in Korea.

The Press Enterprise, wherever they are:

Here are a few international websites: 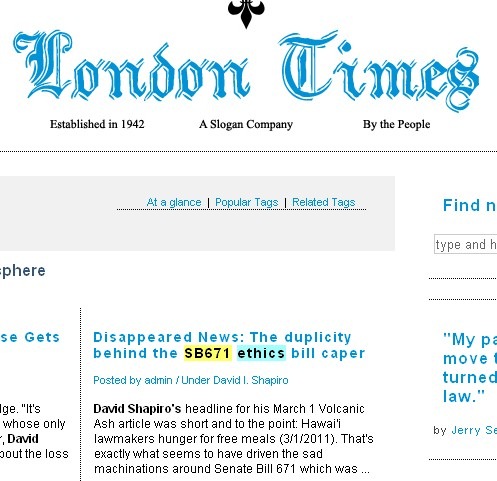 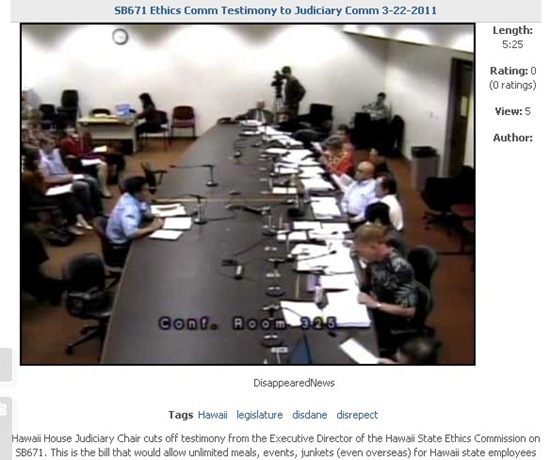 There were a few others I couldn’t figure out.

Now, just watch the coverage if the legislature passes this bill and the gov signs it!